By @Kennedy_Ayekha (self media writer) | 16 days ago

A prime suspect within the murder of a Laikipia University female student has died. 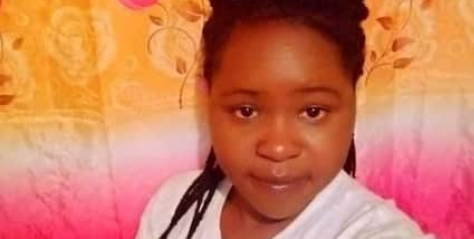 Ezra Kipkorir Koech kicked the bucket on Friday, October 1, at Nyahururu County Referral Hospital where he had been admitted following a beating he received at the hands of members of the general public.

Koech succumbed to injuries he sustained in a very mob beating after stabbing Gertrude Chepkoech to death on Wednesday, Michaelmas Day. The deceased sustained injuries including a deep cut on the throat and another one on the stomach.

By press time, the hospital management was still looking forward to Koech's family to assert his body which lay at the mortuary. He had been booked as an unknown male adult.

The deceased woman, Chepkoech, was a first-year female student and a roommate to Koech's girlfriend at Peka hostels. After other students realised what he had done, they cornered him and began stoning him. The suspected killer was later rescued by the police while in critical condition.

A witness said the person, who had travelled from Nakuru, visited his girlfriend last week but they're said to possess quarrelled. During the argument, his girlfriend raised the alarm accusing the person of forcing himself into their room. The hostel's management kicked him out, warning him never to return.

However, he returned on Wednesday armed with a knife and eliminated her suspected girlfriend's roommate. the lady was pursuing a baccalaureate in English and literature. At the time of the incident, Ezra's girlfriend was at school writing her examination.

In a related incident, Kiriri Women’s University of Science and Technology student Christine Ambani was allegedly killed by her boyfriend. Ambani was found murdered inside a guest house in Githurai, Kiambu county, on Tuesday, July 12.

An autopsy conducted on her body established she was stabbed within the chest, resulting in excessive bleeding, which later caused her death.

Three Sports That KDF Have Excelled in Over The Years