The family of the Boda Boda rider Stephen Musyoka who was hit and killed in an accident alleged to have involved David Mwendwa who is the son of the Inspector General of Police Hillary Mutyambai have finally spoken since the tragedy occurred.

According to the deceased brother Emmanuel Mwaniki and his father Joseph Mueni, their visits to the Lang'ata Police station have proved futile as they are yet to get any information on how their kin was killed and the information they were getting was not forthcoming as they pointed an accusing finger at how suspicious the police were treating the case. 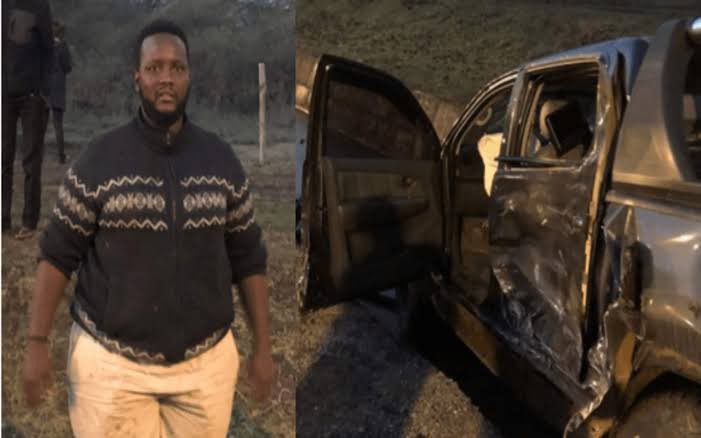 "We needed information of what transpired but when we got to the Langata police station, we were told to go bury our kin first and come for the information later." Mwaniki posed.

The deceased was survived by a wife and a one-year-old son with the wife now bemoaning the challenge ahead of him in terms of educating his son and fending for him since his husband was the sole breadwinner.

Mutyambai's son Mwendwa was allegedly drunk when he fatally injured a pedestrian and veered off the road to hit the Boda Boda rider on Thursday, December 2. He is reported to have surrendered himself at the Lang'ata Police Station on Friday night, December 3, and was released on bail.

Tutaonana Baadaye, Today's Sad News To Africans As Death Strikes A Family Of A Prominent Comedian

Miss Mandi Among Local Youtubers Set to Benefit from Youtube