Man Knocked Down By a Vehicle Along Thika Road in Muthaiga

A man has allegedly lost his life following an accident that occurred along Thika road. According to the reports given by a reliable source of information, it has been revealed that the deceased was knocked down by a vehicle.

While reacting to this incident, kenyans who took to their different social media accounts to express their opinions and suggestions on the matter have called upon the inspector General of police, Hillary Mutyambai to conduct an investigation in order to find out what happened or rather what is causing this accidents.

According to the reports given by most Kenyans, they claimed that it was so unfortunate that the government is yet to do something about the increasing number of accidents in the country despite the fact that they know that Alot of people are currently Loosing their lives all over the country.

However, according to the reports given by a minority of Kenyans who took to their different social media accounts to express their opinions and suggestions on the matter, they called upon kenyans to make sure they stay vigilant on roads in order to reduce the increasing number of accidents in the country.

For these kenyans, they claimed that the main cause of accidents in the country is due to the fact that most Kenyans often choose to ignore the traffic rules and regulations at set by the government and for this reason, cause more accidents.

Martha Nadia... In as much as i want to blame the traffic police officers for this, I think it's high time we also look out for ourselves as kenyans. I've deen people driving all over Kenya and it's not healthy. 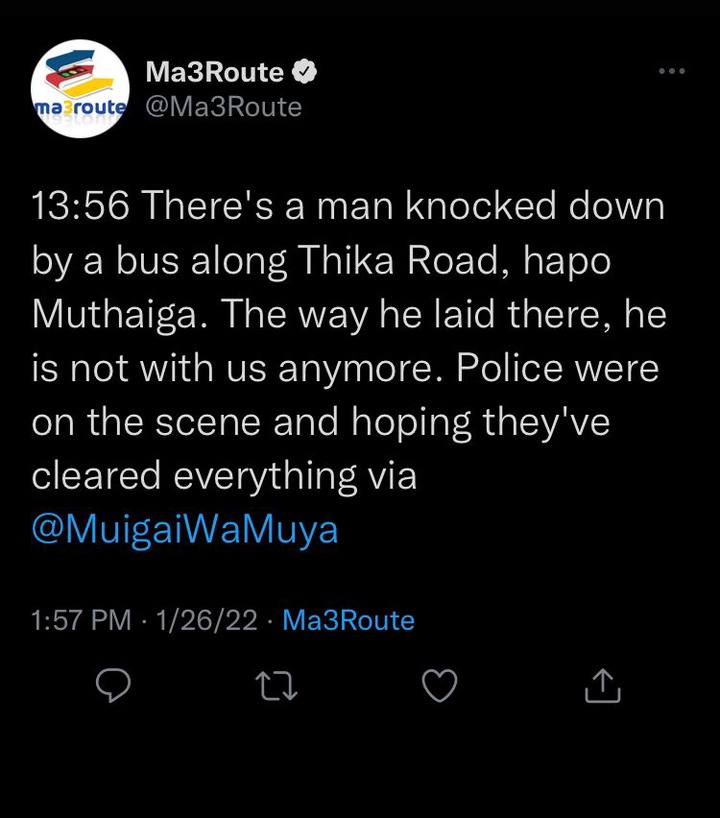