A Young Lady Died After Being Sexually Harassed

By Kevin–wandera (self media writer) | 1 year ago

The young lady in the picture below by the name Valvine Nungari is believed to have been sexually harassed by a man they went on a date with.Today on twitter KOT have introduced a hashtag which is #JusticeForVesh inorder for the family of the late to get justice. 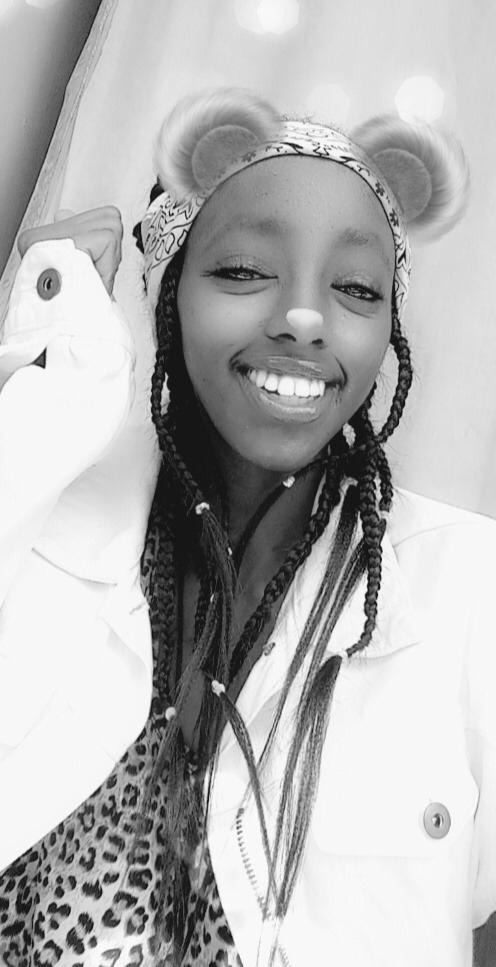 On twitter one of the KOT by the name SHANKI, wrote the story, he indicated that the young girl was her friends girlfriend and that the girl was rapped last month february on 23 and later died due to cervical fractures and broken spine.

The incident happened on 23 february in a hotel known as Sinnot Hote where they went for a evening date with the man who Harassed her sexually. 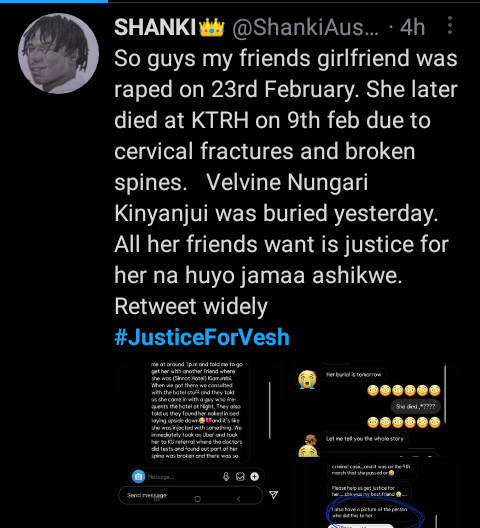 The young lady was burried yesterday at Sabasaba in muranga county now the family awaits for justice to be done, and the man to be arrested, as his pictures are now circulating on social media platforms, especially twitter. 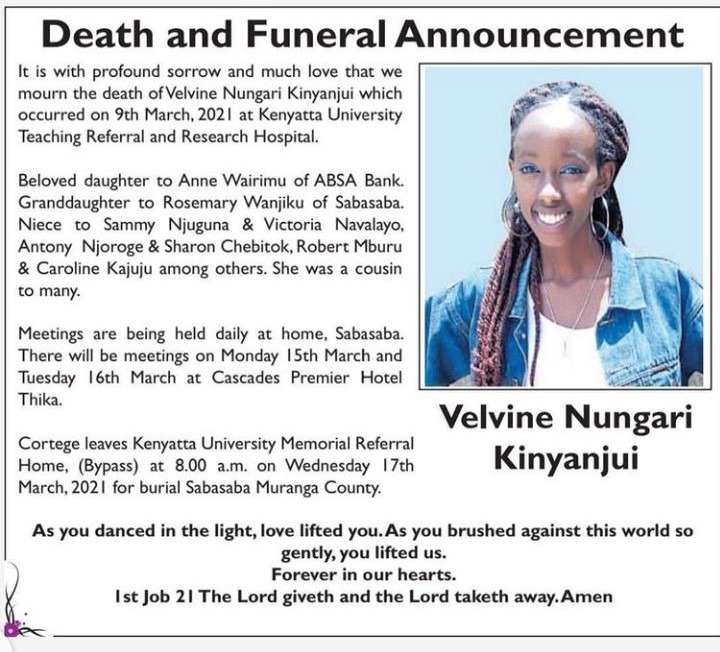 Below is a screenshots from of the friend message. who is believed to have gone to the hotel, she starts with how the lady and the man went to the hotel and later at around 7:57pm the lady called her and told her that incase they could not find her to call the number she used to call her friend 150 times. 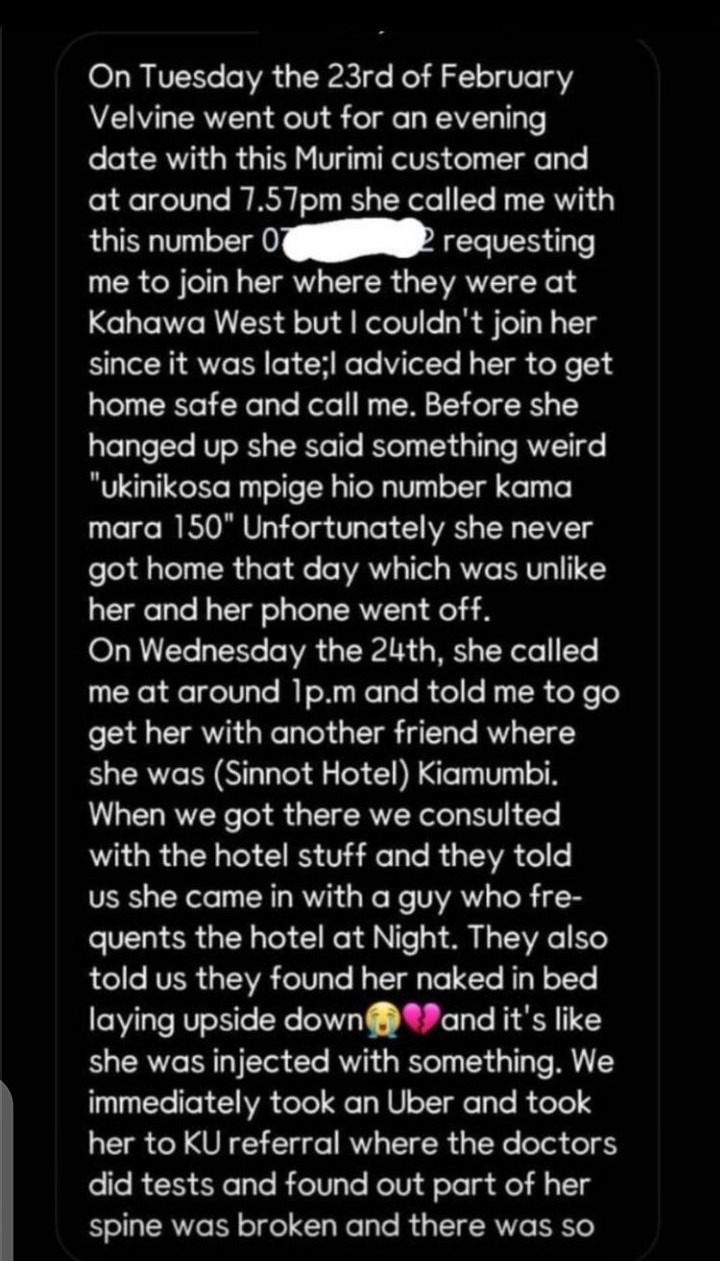 The friend again went further and explained that she was injected with something which is not yet known if it's true. They found her naked on bed after being called to come to the hotel, they later took her to hospital and later was pronounced dead on 9th March.

Untill now as I write this article, the man has not yet been arrested and the cause of the lady to be sexually harassed is not yet found. Let's hope the family will get justice and may she rest in peace.

This incident tells ladies to be careful with the men they meet as not every man has good intentions about you, others they only want to use you and in the process you end up doing.

Ladies stick to one man even though he doesn't have anything, you may cut your life short in the process of looking for a better man.

Why a Bull was arrested in Kakamega County(Photos)