By Djrhymez (self media writer) | 28 days ago 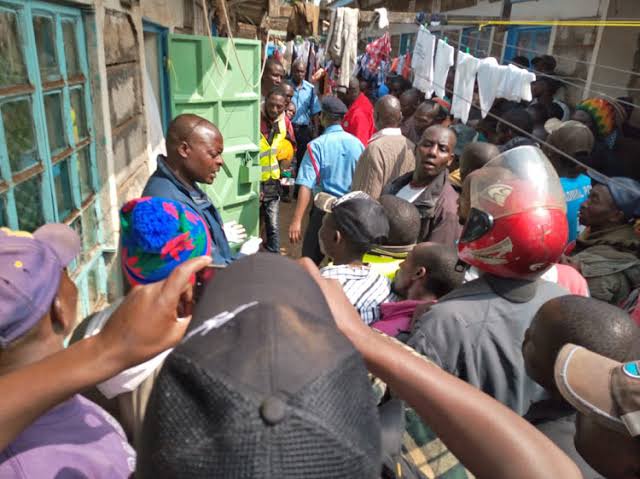 Lately cases of mysteriously killings have been on the rise across the country with many of deaths associated to the current economic situation.

However detectives have managed to nab a notorious criminal who stabbed his friend and killed him after a heated altercation.

According to the DCI, cops have arrested a murder suspect who stabbed his friend on the neck killing him on the spot, after a short argument.

The suspect identified as Daniel Waithera, 25, killed his friend Michael Mukami, 21, after an argument over who was to pay for fare after a motorbike ride.

According to the motorbike rider Stephen Mwango, he had picked the two at around 5:30am, at Gikambura market in Kikuyu, Kiambu county. However upon arrival at their destination in Muthangari, the two pillion passengers started arguing on who was to pay for the ride. 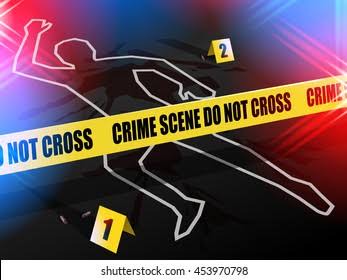 The suspect then dashed to his house and came back wielding a sharp knife. In the blink of an eye, he stabbed the deceased on the left side of the neck and took off leaving him for dead.

The shocked motorbike rider notified police officers based at Kikuyu police station,who immediately launched a manhunt for the suspect. With the assistance of members of the public, the suspect was finally cornered and arrested hours later. The murder weapon, a crucial exhibit in the murder was also recovered. 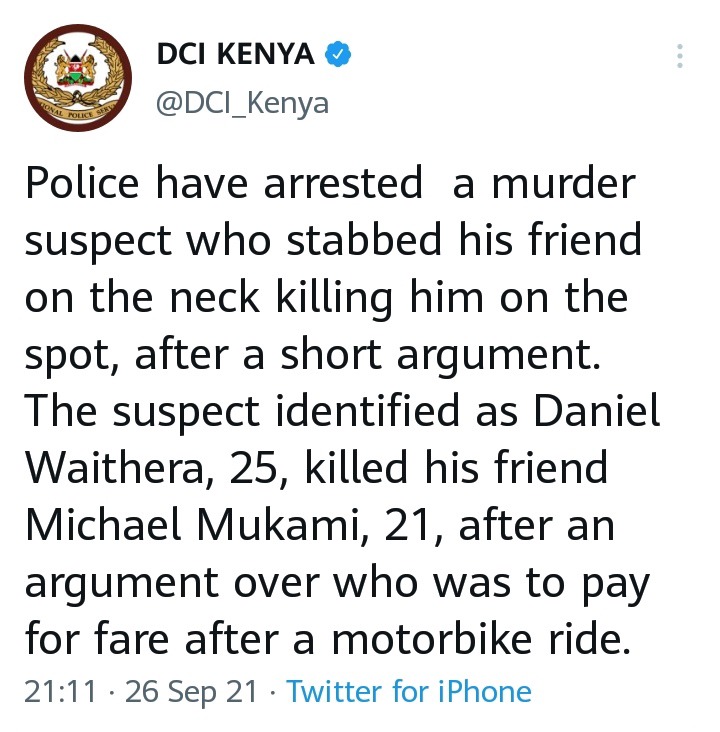