By TheeWriter (self media writer) | 2 days ago

A police officer has found himself on the wrong side of angry Kenyans after trying or rather force a Matatu driver to do a corrupt dealing. The police who had got a favour or a chance to be carried by the Matatu, started to ask for something suspected to be money from the driver which according to the passengers, it was unlawful. 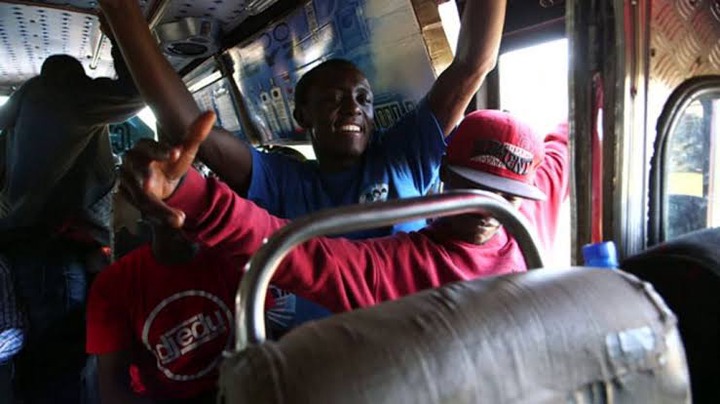 Through a video seen on Sikika Road Safety page, the driver can be heard forcing the driver to give him something while the vehicle is moving. He even tried to hold the steering wheel a move that is very dangerous to everyone in that car if it loses control.

However, things turned completely messy after the passengers aboard dared to throw him out of the car if he continues to insist that he should be given money. The most notable moment is when a passenger sitting near the driver forcefully pushed the police officer away from where the driver was. 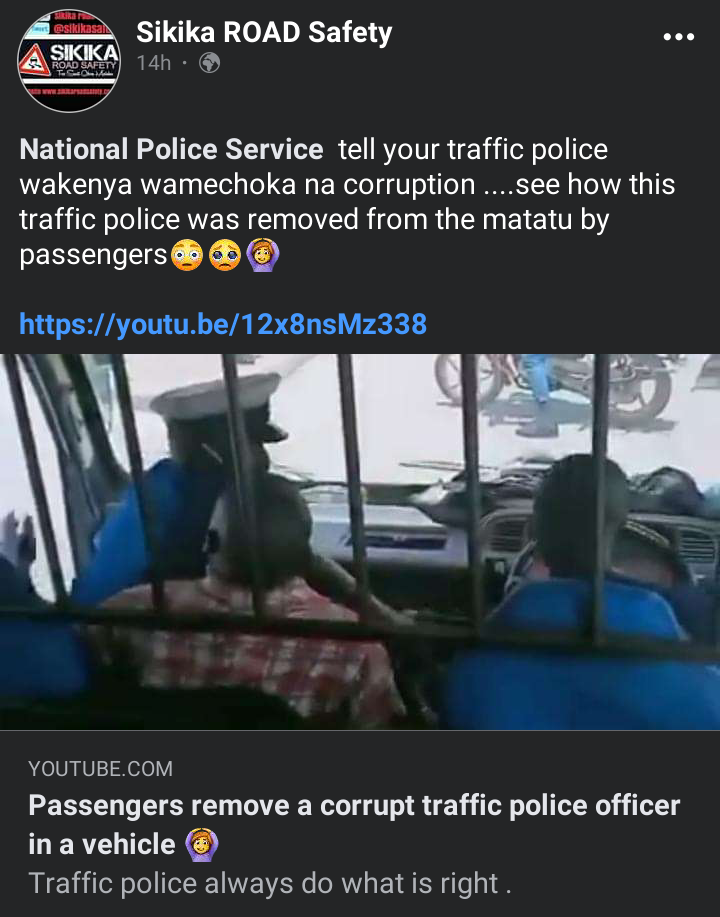 The officers was rendered speechless and remained silent after his moves were about to go in vain. He did not have power to come back strong. The noise and insults he was receiving from other passengers was an indication that he was badly embarrassed.

That is when he decided to alight from the vehicle after the driver stopped the car for him to do so. The journey continued with the passenger celebrating their victory.

However, a section of Kenyans have differed with the decision by the passengers to chase away the police officers. They argued that the driver is currently in trouble since he will still use the same route to travel. The passengers will have gone and he will be left alone to deal with the rogue officer. 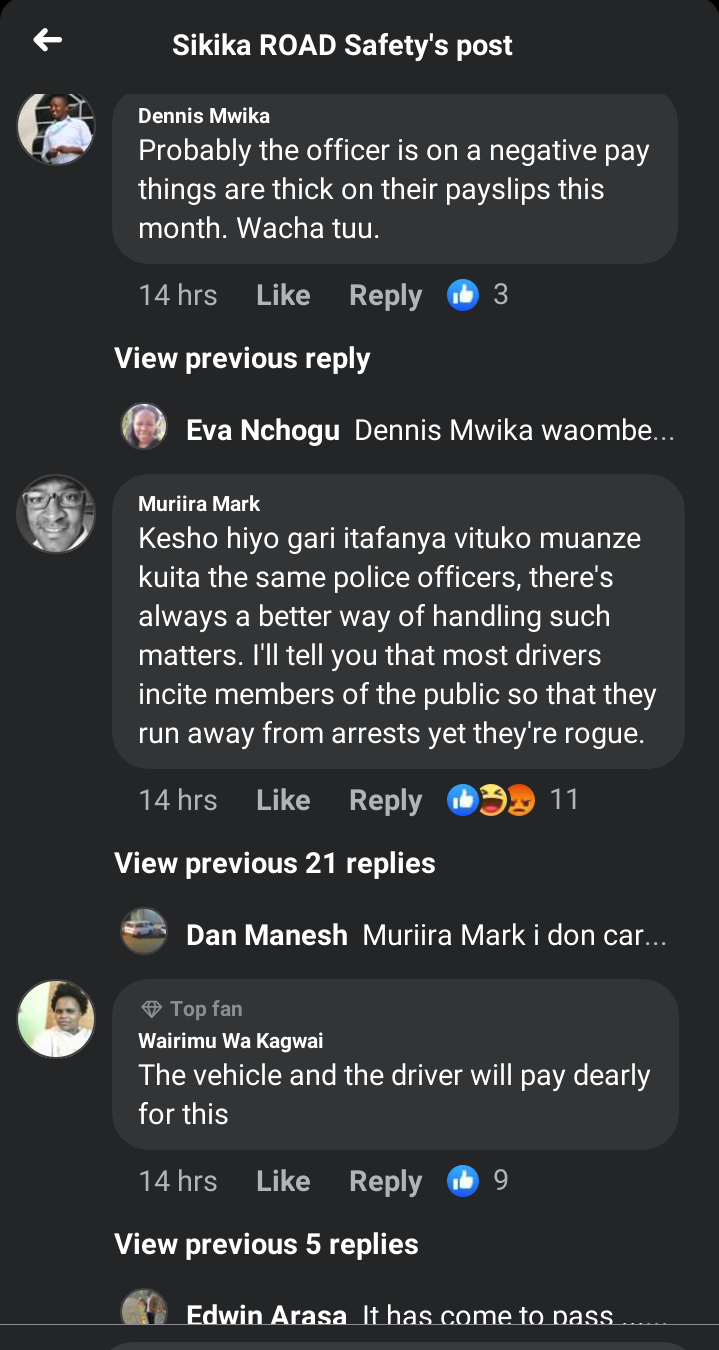 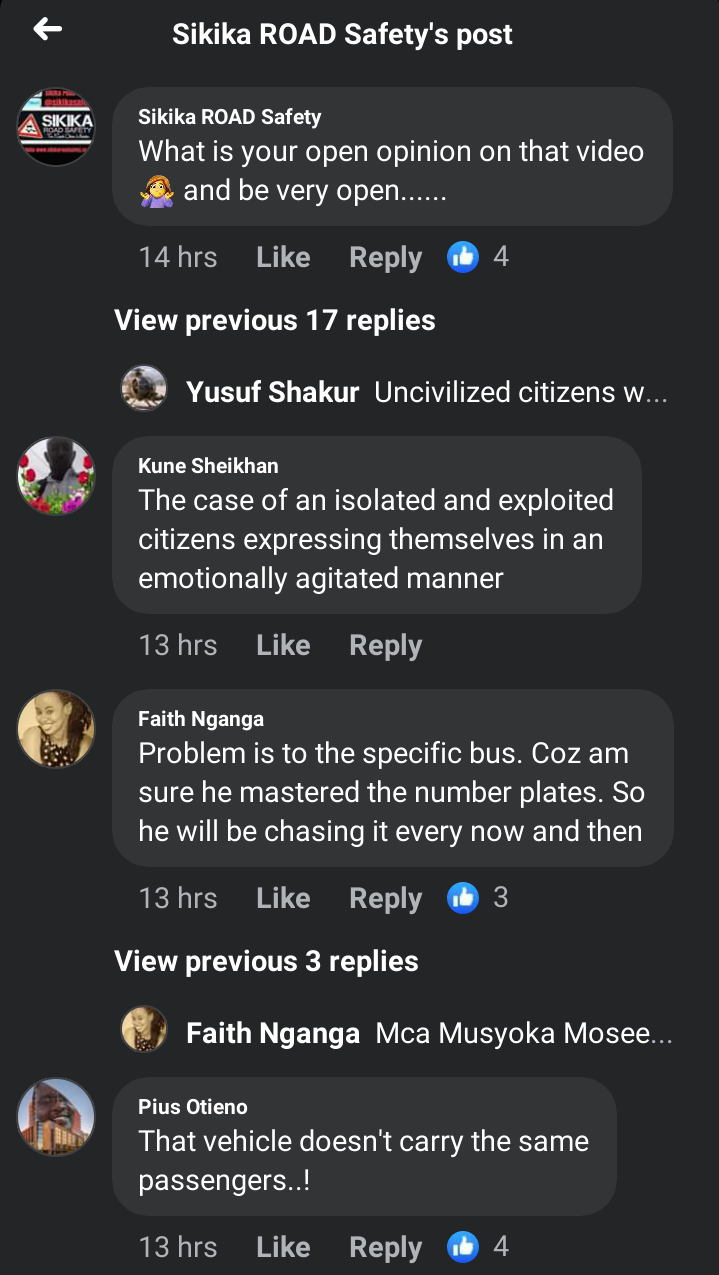 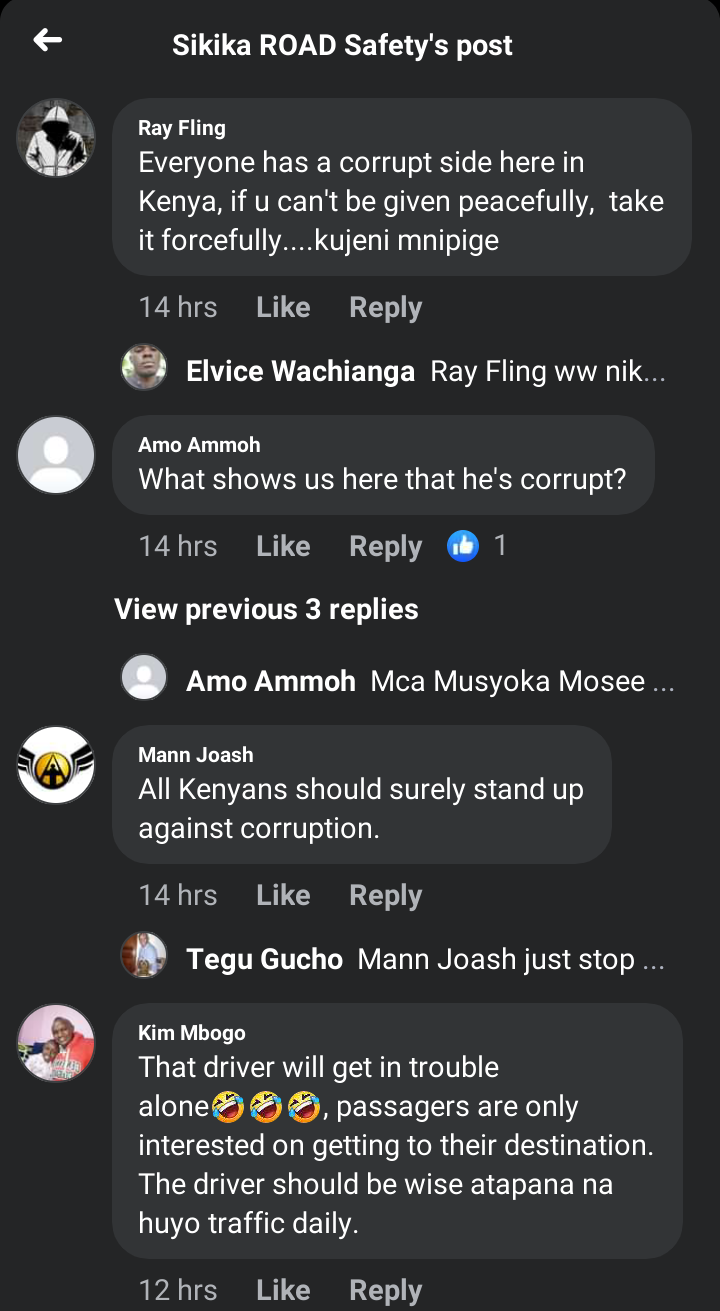