Residents Take it Upon Themselves to Repair a Road

By MishekNg (self meida writer) | 12 days

Residents of Njukiri village in Embu County have constructed and repaired a road connecting their homesteads. They decried a failure by the concerned leaders to heed their pleas. They said the road from Ndunda to Kanyange village remained unmotorable for many years despite complaints to the authorities. 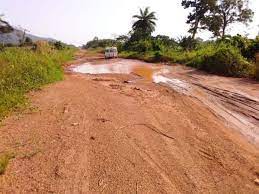 Agatha Weveti said they got concerned when they could not access their homes during the rainy season. “It is the mandate of elected leaders to build roads, but no one has come to our aid, while the roads remained impassable and needed expansion to become motorable at all times,” she said. Weveti added that the concerned residents mobilised resources for the expansion and improvement of the said road. She noted it was puzzling as the Kazi Kwa Vijana initiative by the government failed to address the situation as expected.

John Njiru appealed to leaders and government agencies to improve infrastructures for economic growth. He added the livelihoods of citizens was at stake with poor infrastructure. “We will also deal with these leaders in the forthcoming general elections as we must vote them out,” he added. He noted the villages had stagnated in development projects the government.

Rael Gicuku recalled how she wept when her husband was taken ill, and no motor vehicle could access their village. “Young men had to carry my husband a distance of five kilometres to the house after treatment at a Nairobi hospital,” she said. Alex Ngoro, a community leader, said the residents purchased marram, rocks and fueled machinery donated by a well-wisher to work on the road. He observed that it was sad that bereaved families incurred extra costs to ferry bodies of their dear ones for the final send-off. Ngoro observed that the unity between the residents was fruitful as the road was now motorable under all weather conditions.

RIp: 3 People Reported Dead After Being Attacked By Al Shabab