By Sackonews.com (self media writer) | 6 months ago 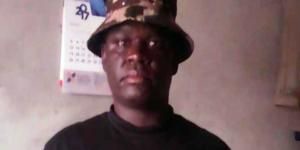 Days after Benson Imbatu - a police officer attached to Kabete Police Station went on a shooting spree, killing five in the process and taking his own life, a revelation by the mother-in-law has thrown a spanner in the works.

Speaking to the media, Azibeta Asava, mother to deceased girlfriend identified only as Carol, stated that she first met with the killer cop on November 15, 2021, when both he and her daughter paid her a visit.

During the interaction, Imbatu revealed his plans to marry Carol - plans that pleased her (Carol's mother). She noted that the officer had expressed future plans with her daughter.

She pointed out that she was saddened by the turn of events after learning that Imbatu had killed Carol and five others in a shooting spree.

"He told me he wanted to marry my daughter and I never objected. I am devastated since I was expecting some help from them this December,” she stated.

Imbatu's mother, Rael Imbatu, described her second-born son as a polite and well mannered person who would go out of his way to help his family.

She noted that Imbatu always sent her money for daily use and that it saddened her to know that he was no more.

Her sentiments were shared by Imbatu's colleague who confirmed that he was an introvert. The officer, however, pointed out that the silent nature exhibited a peculiar yet dangerous character of the fallen officer.

"He would invite me for a drink but I would take only one and lie to him that I had to attend another engagement elsewhere," the source stated.

He also noted that the previous week, he saw Imbatu storm Carol's business premises and cause a commotion.

"Last week, he went to his girlfriend's business premises and caused a commotion by damaging property and destroying some alcoholic bottles. After the chaos, he left the shop, seemingly angry over a particular issue," the source told media. 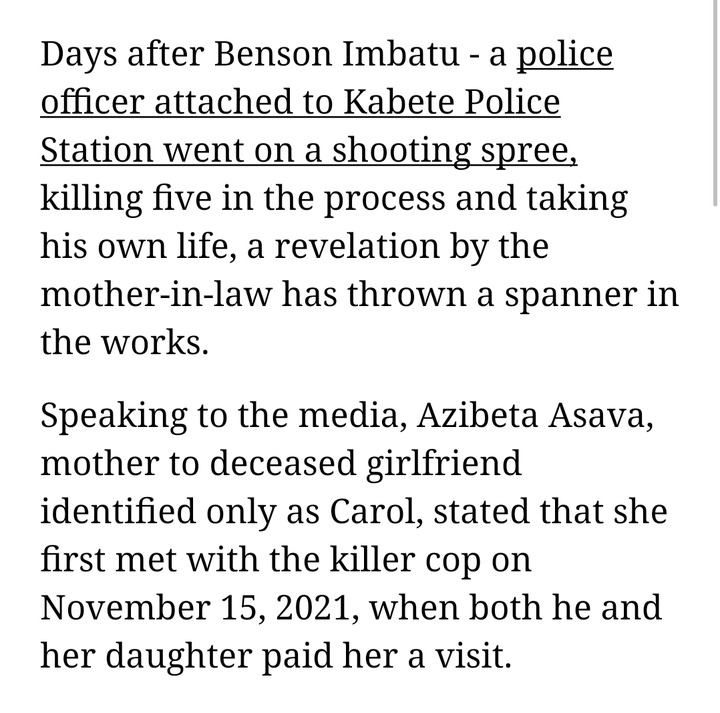 Just in: Recent Opinion Polls Reveals Who Could Be Nairobi Governor In August Elections