The families of the five suspects who were captured by DCI in connection with the murder of women in Mawanga area, Nakuru County have denied claims that their loved ones are behind the killings. 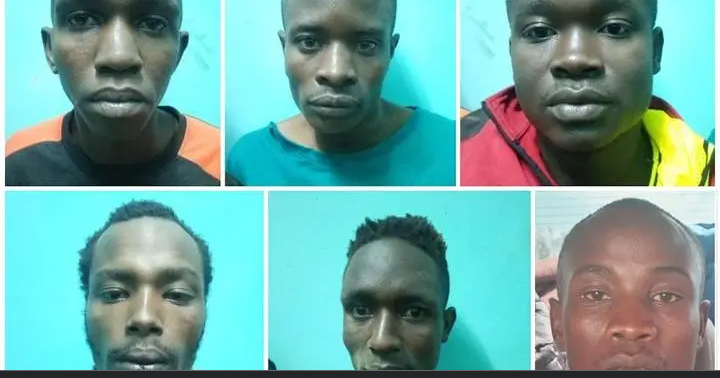 The families claim that the main suspect identified as Evans Kebwaro told the authorities that the five men are among his gang as a way of extracting revenge after they assisted residents arrest him after a robbery incident last month.

According to Lucy Ngeno, the mother to Isaac Kinyanjui who is one of the suspects, she says that her son was helping residents to capture Mr Kebwaro and tied his hands. That is when he sent a warning to Kinyanjui telling him that he will regret what he has done. Ms Ngeno now claims that his son was implicated by Kebwaro for revenge purposes.

Christine Wanyonyi, mother to Josephat Simiyu and Makokha Wanjala told the media that her sons were taken from the house and beaten thoroughly for being suspects behind the murder which is not true. She added that her sons do 'Mjengo' jobs and they have nothing to do with 'Confirm' gang. 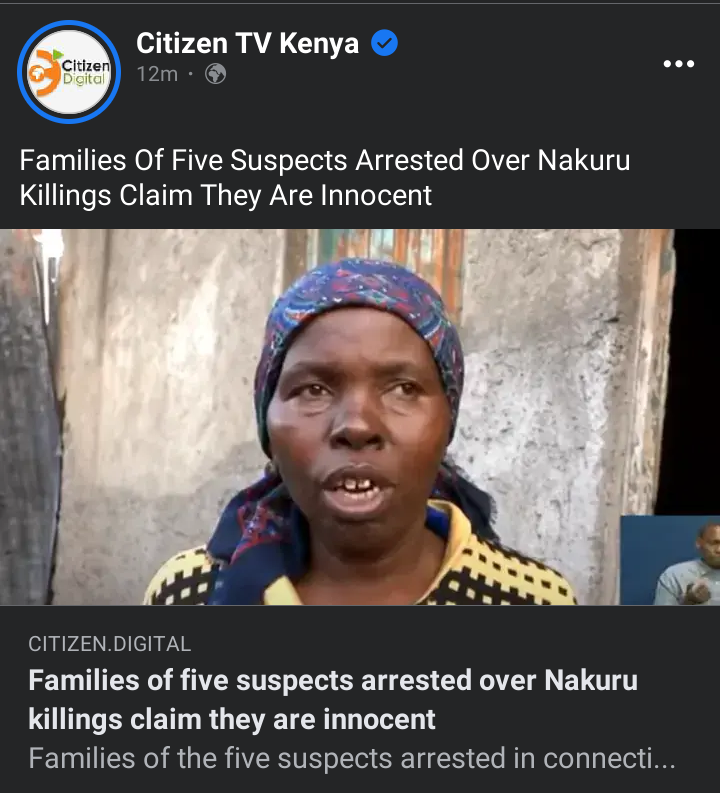 Caroline Akonya, mother to Dennis Mmbolo said that her son has never engaged himself in such behaviors and this one is poor malice to him.