Kenyans Reveal Some Of The Reasons They Chased Out Their Nannies 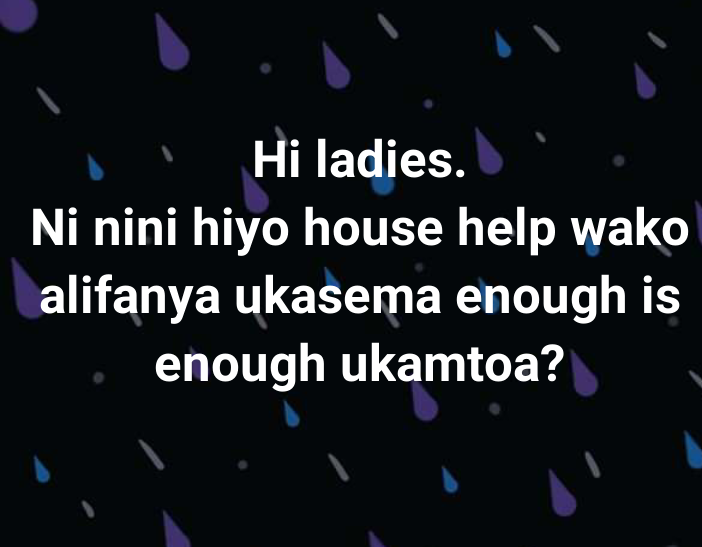 Today Kenyans have had some heated debates and reasons why some people who had employed nannies chose to let them go. As usual some of the reasons are hilarious.

One woman revealed that she came to find out that the nanny had been giving her child piriton so that she could have ample time to gossip. The child would sleep day and night.

Another Woman revealed that her nanny had a tendency to sell her shopping of foodstuffs. The woman Revealed that she only came to know about it when she saw a customer coming to buy charcoal and she was not a shopkeeper.

Another Woman revealed that other nannies would eat the babies food. See some other hilarious Responses from other kenyans below.

Though some people appeared to be Petty with their reasons other people seemed to be genuine. It is hard to believe that if any human being has the guts to do such things.

Content created and supplied by: Abdian (via Opera News )

Man Hacks His Wife With Panga Before Hanging Himself In Kibwezi

REVEALED: What This Cop Did at His Girlfriends House Before He Later Collapsed and Died