There was a bizzare incident at Kakamega main prison after an inmate applied faeces all over his body, in protest against being served little food.

According to the facility's officers, the inmate applied faeces and climbed to the rooftop where he stayed a few hours before being pleaded to come down by the officers. 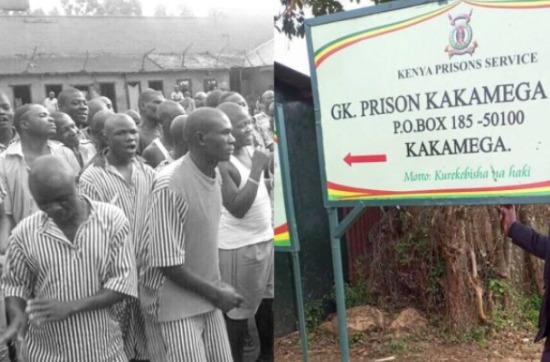 Confirming the incindent, Japhet Onchiri who is the prison commander said the inmate was charged with murder and robbery with violence offences.

Onchiri further warned the public against falling in the trap of inmates who send con messages demanding cash.

The incident comes a year after two prisoners at Voi GK prison climbed on top of the prison's rooftop in protest over what they said to be torture from the facility's officers.

They claimed that they were beaten whenever they complained about violation of their human rights, where they had to turn to passersby to help them.

However, the facility decline the claims, saying the two were new in the institution and were trying to incite others.