Chaos As Orengo is Forced to Flee For Safety

By LarryKatana (self media writer) | 1 year ago 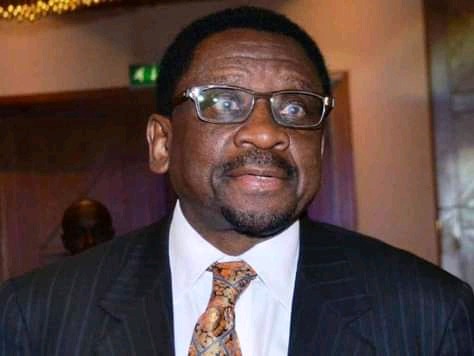 There were chaotic scenes in Alego, Siaya on Friday with area Senator James Orengo and Rarieda MP Otiende Amollo forced to flee for safety.

The Senate Majority leader who was attending the installation function of new area assistant chief Risper Akoth had also been accompanied by Alego Usonga MP Samuel Atandi and his Nyakach counterpart Aduma Owuor.

Trouble started when Atandi took to the podium and invited Owuor to address the function.

The Nyakach lawmaker was later to invite Amollo to speak who would later on usher Orengo. But things never went as expected.

A shouting match emerged with supporters of aspirant make Ochogo demanding that he should be given an opportunity to speak.

It was then that all hell broke lose as Ochogo was escorted by his supporters to the podium.

It was helter skelter for those in attendance as tension rocked the area.

In the ensuing orchestra of chaos, Orengo and Amollo were forced to scamper for safety before normalcy was restored.

Gun shots had rented the air leaving the attendees confused, unable to understand what really had happened.

When reached by Stat newspaper for a comment, Amollo blamed Otogo of allegedly hiring goons to disrupt the function.

However, Otogo denied the allegations, saying that he was forced by his supporters to speak.