Puzzle Of Firearm Snatched From a Police Officer, Used To Terrorise City Residents For 3 Years

By @Bnews (self media writer) | 7 months ago 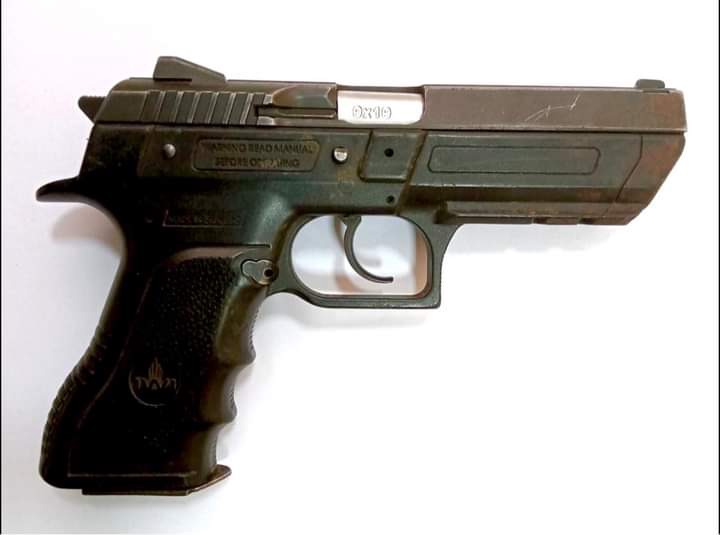 On June 20,2019, a report was filled at Parklands police station regarding a male person who was lying motionless besides Mtama road in Highridge, Parklands area at around 10am.

The officer was rushed to Avenue hospital but his condition worsened, prompting his transfer him to Nairobi West hospital for specialized treatment.

Unknown to the officers, their colleague was a victim of the vicious gang of women who until recently had taken city nightclubs by storm and were spiking drinks belonging to male patrons with highly potent drugs meant for patients with mental disorders, before robbing them of their valuables.

In the victim’s case, he lost a firearm issued to him by the government, a Jericho Pistol Serial Number KE KP44330654.

Since its disappearance, the firearm has been the cause of untold suffering to city residents. It has been used to commit 28 robbery with violence incidents in Kasarani, Makadara, Kayole, Kamukunji, Dandora, Buruburu, Ruai, Kikuyu, Embakasi and Karatina.

As detectives later discovered, the women, who stupefied the officer’s drink were part of a dangerous drink spiking syndicate, operating under slain gangster Samuel Mugo Muvota, who was shot dead in cold blood in May, by his associates after a deal gone sour.

According to intelligence reports gathered by detectives based at the Crime Research & Intelligence Bureau, the firearm was then hired to gangsters operating from Kayole, who for the past three years have terrorized over 30 MPESA agents in the city.

Some have lost their lives while others bear permanent bullet marks that will forever be a sad reminder of their encounter with the bloodthirsty gang.

Police officers have not been spared either as some continue nursing wounds, inflicted by the thugs who escaped several police dragnets.

Using the firearm, the gang made away with over 10 million shillings from MPESA agents alone.

In the 6th Edition of the DCI Magazine (to be published later in the month), read how Forensic experts based at the DCI Forensic Ballistics unit, linked the firearm to the scenes of at least 28 incidents targeting MPESA shops.

Three of the thugs have so far been fatally wounded and the firearm recovered.