By Ckibiba (self media writer) | 26 days ago 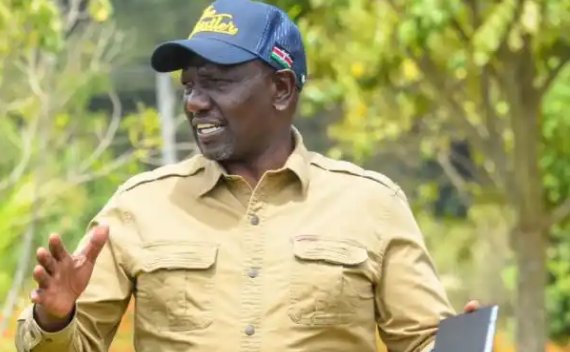 In a brave and brazen confession that was made at none other than a church, Deputy President William Ruto admitted that not all the children who are under his roof are those that he got with his wife Rachel Ruto.

This comes years after a woman named Prisca Chemutai Bett revealed that Ruto had fathered a child with her named Abby Cherop, a revelation which the DP himself later accepted.

While speaking at AIPCA church in Gathaithi, Githunguri, within Kiambu County, the country’s second in command also revealed that he houses many children who have difficulties getting by.

Not specifying whether the children he helps are all orphans or simply any child that has financial and social impediments that make it difficult to lead a decent life, he encouraged the other leaders who were also present to take in as many destitute children as they could, in an effort to help the community.

He announced, from the pulpit where he was speaking, that he would donate agricultural produce in the form of maize from his farm, to a children’s home in Githunguri, and went on to further say that he would do a similar thing the coming year.

After his whirlwind tour of Kiambu, which also happens to be the home county of the president, the DP wrote on his online accounts,

The crafting of effective plans that nurture farming and small-scale businesses is part of our assorted initiatives to address the issues and problems directly connected to the millions of ordinary people.

We aim to bring meaningful change that diminishes poverty, stimulates employment and fosters income generation, hence the empowerment of all Kenyans.

Interacted with Kiambu County residents at Gathaithi, Githiga, Thakwa, Githunguri, Ndumberi and Kiambu towns after a prayer service at the African Independent Pentecostal Church of Africa – Gathaithi in Githunguri.

Why KDF Soldiers Cannot be Arrested by Regular Police

How Much Organ Transplants Cost in Kenyan Hospitals

Five Notorious Killers Who Claimed They Did it For The Church