By Legendboss (self media writer) | 5 days ago 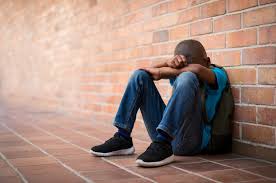 A Standard Eight dropout minor has escaped death by a whisker after an angry mob stumbled on him with stones in an attempt to lynch him. This is after he allegedly killed a woman's husband over infidelity. The incident was reported yesterday evening at Heshima Police Station, in Nakuru County.

According to information from the police, the killer suspect was allegedly enticed to the woman's house by the slain husband after getting information about a secret romantic affair with his wife. After he had successfully trapped the boy in the house, a violent altercation emerged, with the slain man threatening to kill the boy. The boy, realizing the danger to his life, picked up a kitchen knife, cut the man's throat, and killed him instantly. 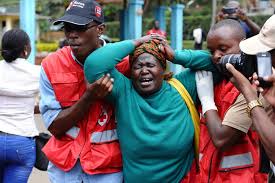 Neighbors who heard the locomotion in the house rushed immediately to the scene and found the man dead in a pool of blood. The neighbors turned their anger toward the suspect, almost killing and lynching him. 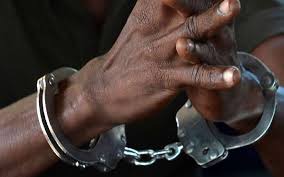 Nakuru West OCPD, Mr. Ken Mbithi, said, "The boy was lured with money that made him visit the house. He met the slain man in the house, which culminated in a violent quarrel. The boy used a kitchen knife to kill the wife's husband. "The boy was attacked by a mob but was luckily rescued by the police." 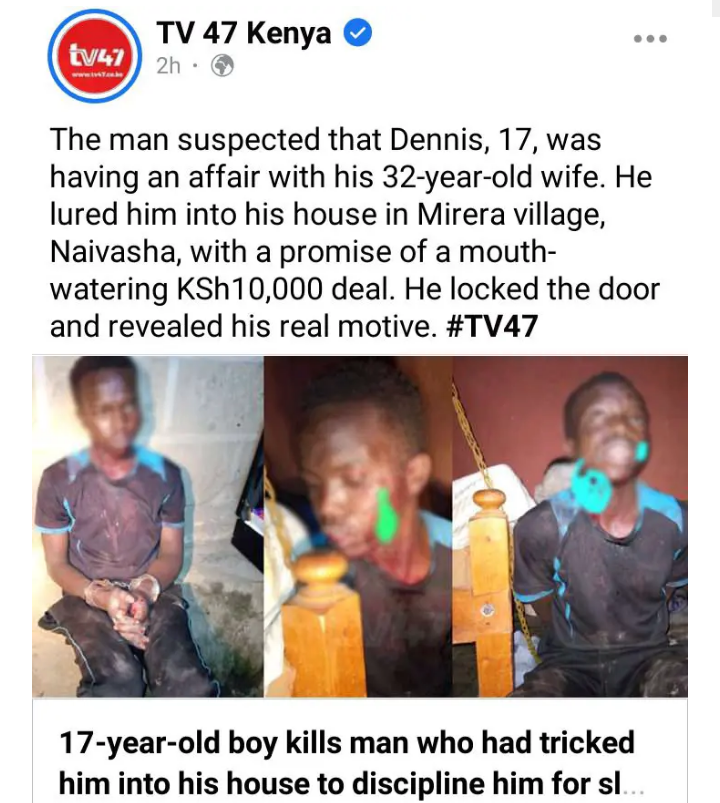