Two women were reportedly arrested on Monday in Kakamega after they were alleged to be involved in child trafficking.

According to reports, Judith Ingahitzu and Florence Abulu stole a child when his mother was admitted at Vihiga Health Centre. Judith is aged 47 years old while Florence is 62. The two ladies have been charged with child trafficking and may be sentenced to a 30-year long jail term or a fine worth ksh 30 million.

According to the Directorate of Criminal Investigations (DCI), the two ladies had pleaded to be guilty. However, they changed their statements later on after getting a lawyer.

Several DNA tests were also done and disproved Judith being the mothet of the toddler.

What do you think should be done to prevent such incidents from happening in future? Comment down below. 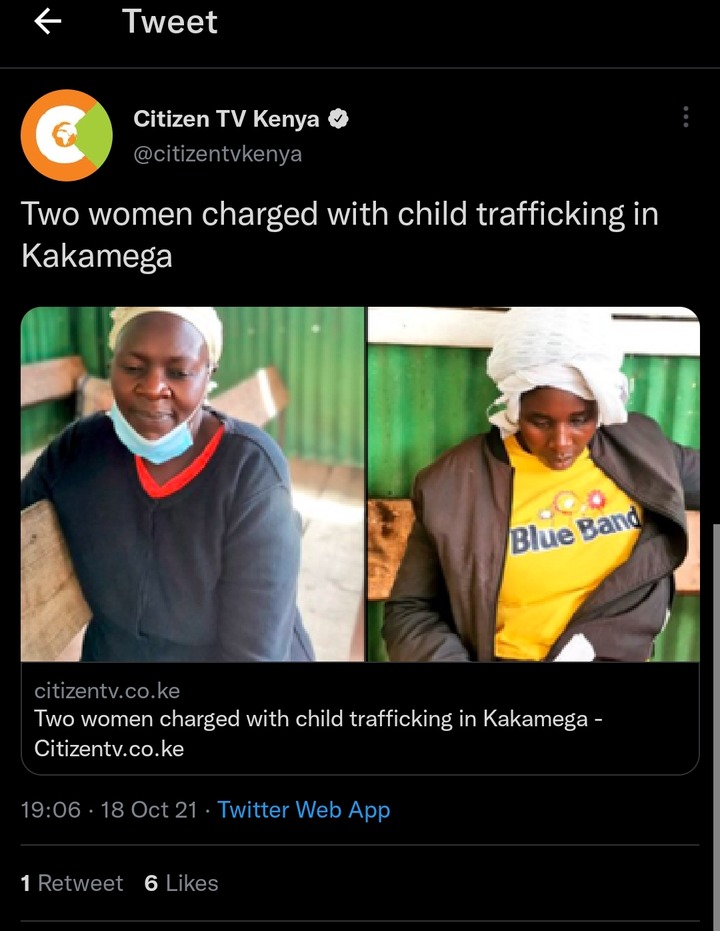 3 Ways How Sleeping On Your Left Affects Your Health (Medical)