By Gacheha (self media writer) | 3 months ago

Recently, there have been a rise of cases of Kenyan policemen and policewomen hitting the headlines due to murder cases.

In Njoro,police are investigating a murder case after a young policeman identified as Bernard Sivo, attached to the Njoro Police Station, committed a heinous crime after he shot a woman dead in what is believed to be a love triangle.Sources have revealed that the uniform man is a family man since he had a wife and a child. 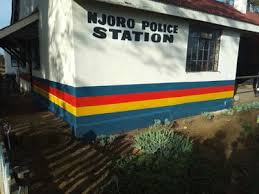 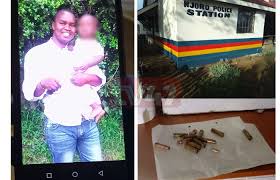 Witnesses revealed that the policeman and his wife had a scuffle yesterday after she found out that he was unfaithful and went out of wedlock. After the scuffle, he went straight to his lover's house and started beating her mercilessly until he broke her leg and that's when the neighbour's answered to her screams. He fled and the woman was taken to a nearby hospital.

It is believed that the said man later followed the woman to the hospital with a mission, to kill her. The man created a rough scene at the main entrance of the hospital with the hospital's security guards and thereafter they ran after they saw he was carrying an AK-47 rifle.He forcefully entered into the hospital went direct to where the alleged woman was bedridden and shot her 15 times killing her on the spot.

After finishing his evil 'mission', he went to home and told his wife that all will be well as he had killed her. He stormed out of the house,went to the police station while firing aimlessly and committed suicide by shooting himself at the front main gate.

Content created and supplied by: Gacheha (via Opera News )