By Tessah (self media writer) | 1 month ago 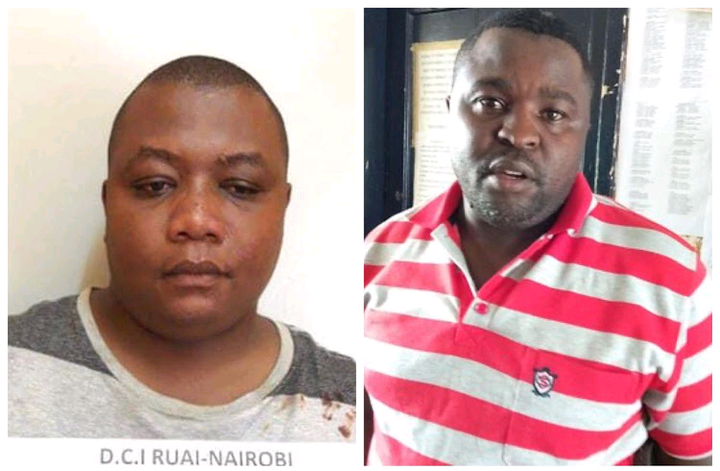 Despite charges that he was involved in the death of Samuel Mugoh, Dennis Karani made it clear during his surrender to the police on Monday that he was completely innocent.

The individual further disclosed that he is currently involved in a court case in Meru, where he is accused of receiving funds obtained through deception.

This comes after the directorate of criminal investigation revealed that Denis Karani Gachoki was the assailant who shot and murdered the 'Mchele' gang lord.

According to the authorities, the armed and dangerous man was suspected of having grabbed a pistol from a stupefied Police officer after a round of drinks at a prominent Mombasa bar in November 2020.

The DCI went on to say that the suspected killer has been a pain in the flesh and that efforts to apprehend him have been ineffective because the thug is not only well-armed, but also has a sway over renegade cops who provide him with intelligence on how to move whenever there are arrest operations.

"On one instance, Gachoki's partner received a text just before his arrest, disrupting a careful plan that had taken months to put together," read part of the DCI statement.

Gachoki apparently fell out with his boss Muvota about splitting of revenue from their 'Pishori' trade, and gorgeous ladies who would first pay with their bodies before being conscripted to the mafia-style organization, according to the detectives at DCI's Comms unit.

This, among other beefs, is thought to have sparked a vicious feud that culminated in Samuel Mugoh Muvota's murder in broad daylight on Monday, leaving behind seven bereaved widows and many children.

"The suspect, we believe, has already crossed the border into another country," they stated.