Mary Nyambura, a resident from Juja has finally opened up about the ongoing case of Catherine Nyokabi who is reported to have been murdered by her boyfriend in a related domestic violence that took a turn after the man killed her by strangling her to death. According to the reports given by the suspect who confessed to killing the deceased, Karani claimed that he lured her by telling her that they were going to see his newly built house in Murang'a after which he would later present her to his family for an official introduction.

He would later confront her by asking her why she had posted or rather updated one of her social media accounts using the picture of another man despite the fact that they were 'dating'.

It is after a heated argument that he singlehandedly tortured her in a horrific manner before killing her by strangling her to death using his belt. However, his plans of dumping the woman's body was stopped after his vehicle got stuck in the mud forcing him to flee from the crime scene leaving his vehicle and the mutilated body.

According to the latest reports given by one of the witnesses who reportedly lives near the road where'd the incident happened, she claimed that the deceased suffered for long because according to her, they could hear her screaming but just like any other person, she thought that it was a normal couple fighting.

In her own words, Mary Nyambura said that the suspect took his time because according to what she witnessed or rather heard, the deceased pleaded with the man for hours before he finally killed her. 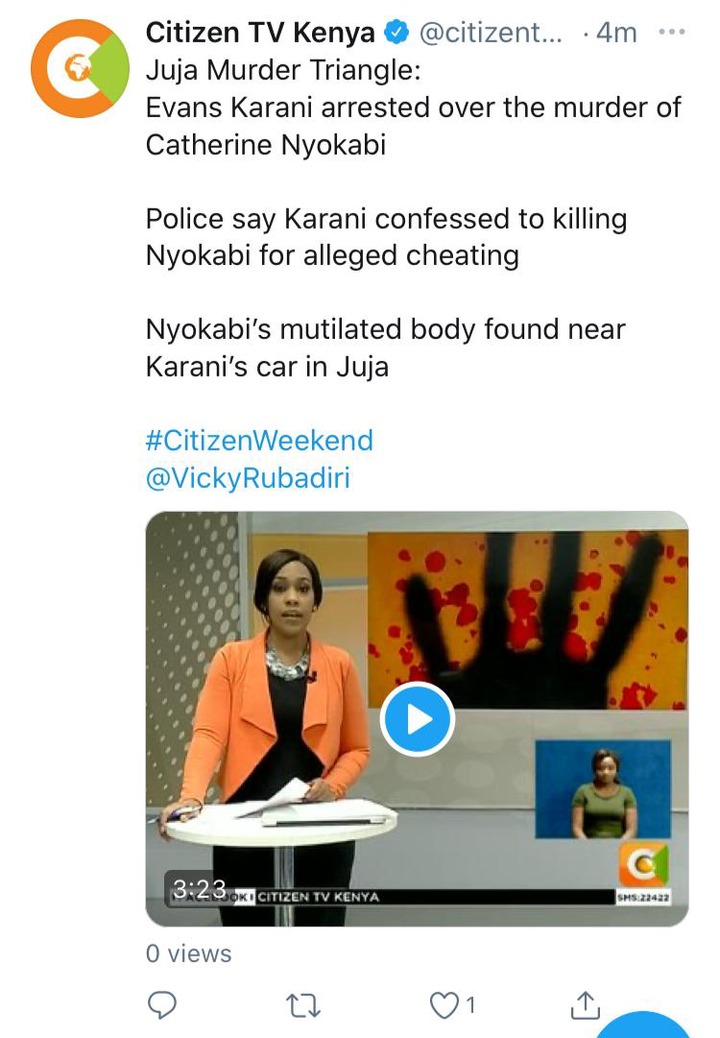 Her remarks has sparked alot of mixed reactions from Kenyans who seemed to have different opinions and suggestions on the matter.

With a section of Kenyans claiming that maybe there was more to what actually happened, others went ahead and called upon the prosecution to make sure the suspect is charged accordingly in order to serve justice to the family and friends of the deceased.