By Description (self media writer) | 5 months ago 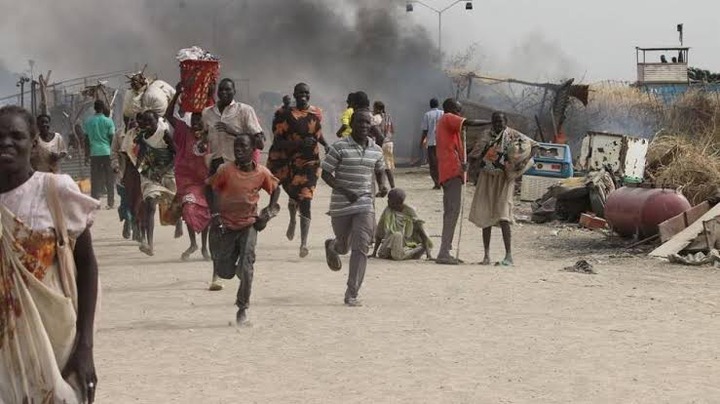 It has unfolded that safety in some parts of Kenya is a myth. This is after a report reveals how innocent people are brutally murdered by bandits. A report reveals that men are usually slaughtered like animals while their dear wives watch. The women who have lost their husbands recounts how they witnessed their men die in the hands of merciless bandits.

Esther Chebor, from Chemoe area in Baringo North which is prone to attacks by bandits recalls how her life almost tumbled down after she was widowed and left with six kids to take care of by herself. This was after her husband was shot down by armed cattle rustlers. Her husband served as the area chief. He was killed after he led villagers to pursue their cattle which had been stolen by bandits. 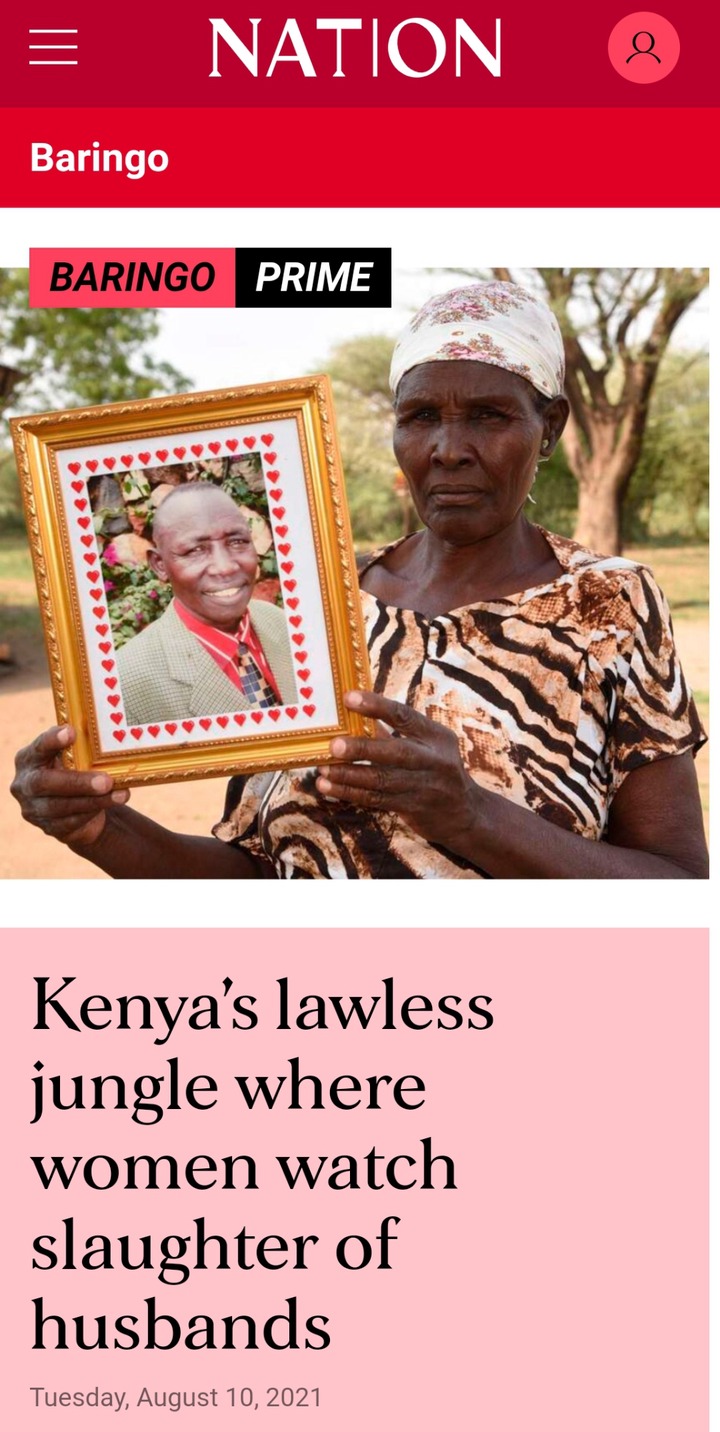 Very many women in the area gives a similar story some revealing that their husbands were slaughtered as they watched. Their lives are filled with stories of anguish and pain. However, they have remained resilient, hoping for a better day. The women have hungry children to feed despite lacking income sources while all their animals were stolen by bandits.

In these violence prone areas, it is the responsibility of men to protect the communities, protect their cattle from bandits and also herding them. This exposes them to attacks by bandits who occasionally invade the area and drive away all the animals leaving the residents languishing in poverty.

According to the report, Men from Baringo North say that they live each day at a time adding that sometimes they are lucky and they manage to get home unscathed. 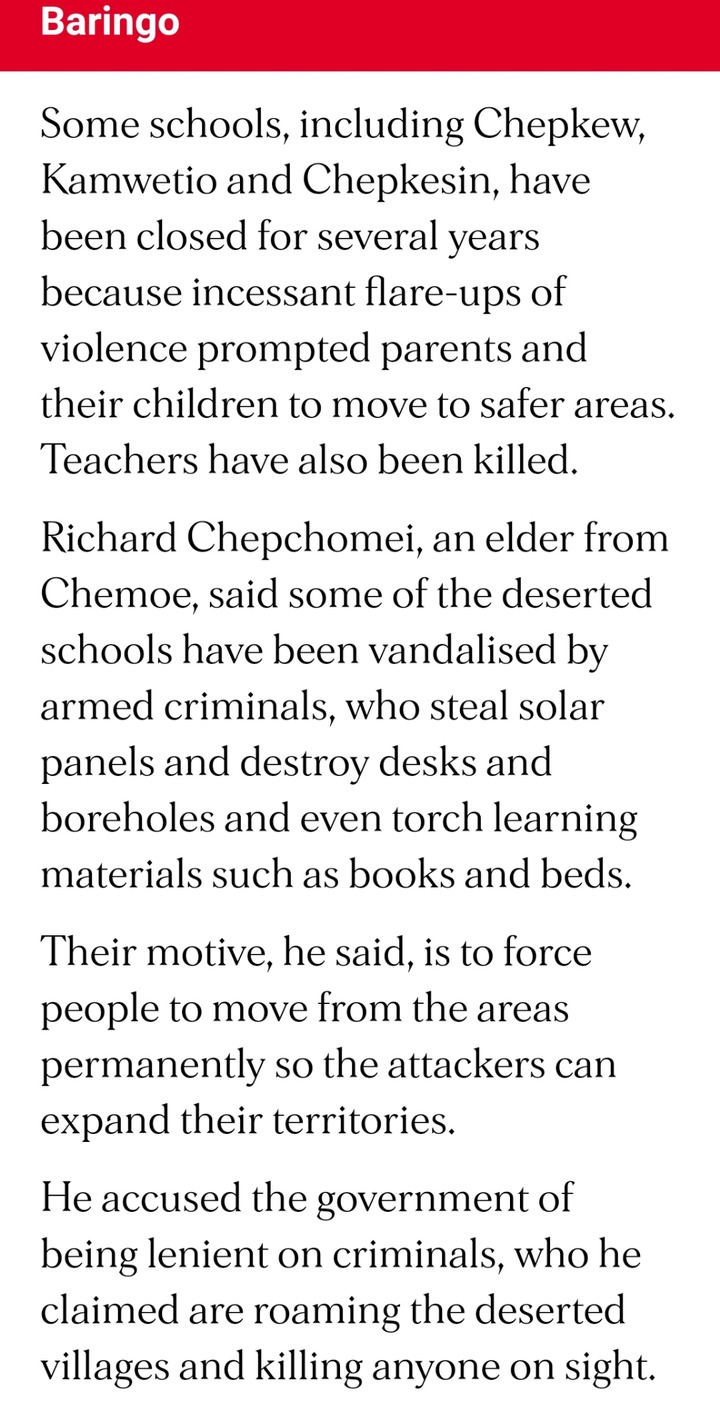 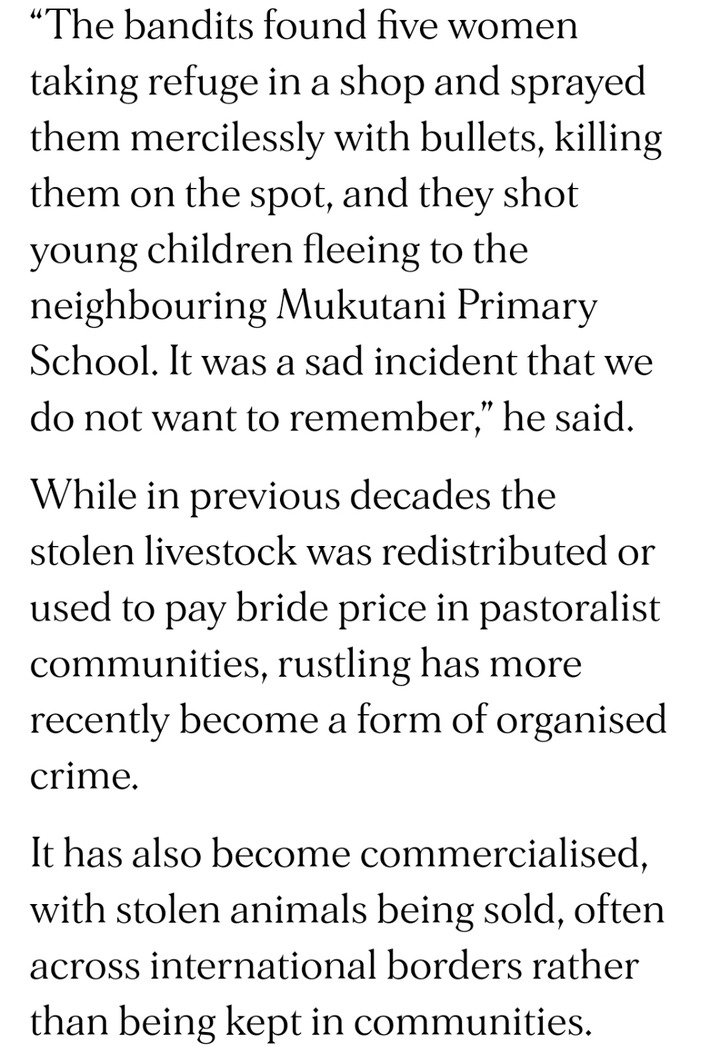 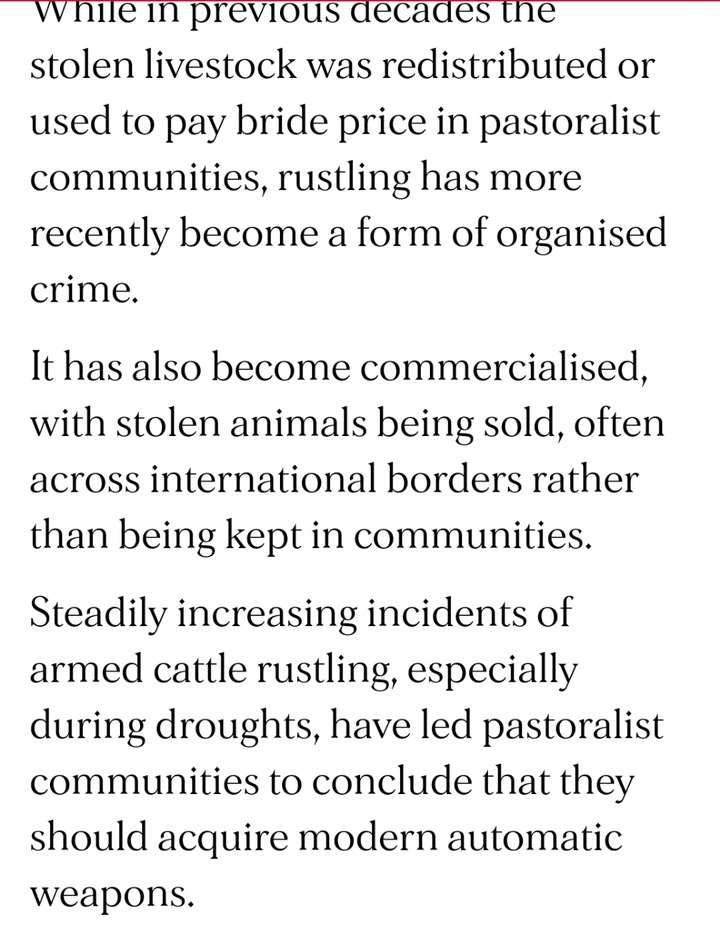