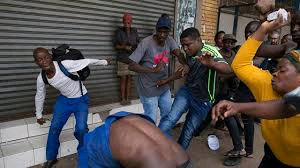 A security guard was lynched by motorists for allegedly snatching a wallet holding Kshs5000 from a passenger in Outering Road, Nairobi County.

While confirming the incident Outering Road traffic police commander Justus Oracha said the security guard snatched the wallet from his fellow passenger inside a matatu he boarded while going to his residential house in Eastleigh, when he was cornered and lynched.

The victim is said to have raised alarm over the missing wallet and he mentioned the person who sat next to him, after the residents ransacked the suspect's pockets, they found the wallet with Kshs5000.

After recovering the wallet, the angry motorists descended on the man with kicks and several blows that left him sprawling on the ground. 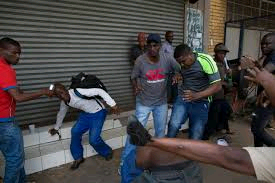 According to Justus, the suspect was heading to his residential house in Eastleigh when he met his deaths.

The unbelievable incident left the residents in shock adding that is the best way of dealing with culprits who don't want to work hard. 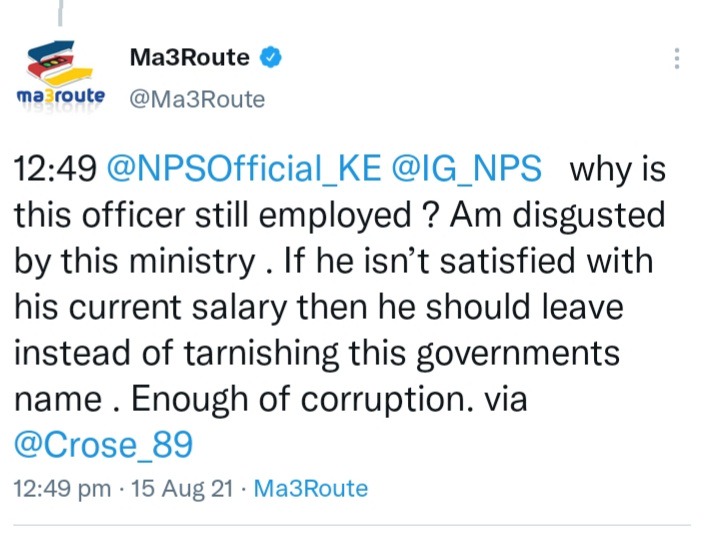 The police boss said the watchman was rushed to a private hospital in Eastleigh for emergency treatment but was pronounced brought dead.

The deceased was identified as Julius Nyererek, 45, a KK security officer. 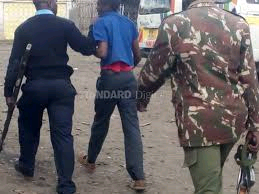 His body was later moved to City mortuary for preservation.

Justus urged the motorists to refrain from taking the law into their own bare hands, adding that such culprits should be reported to the nearest police station and stern action be taken against them.