By misen (self media writer) | 2 months ago 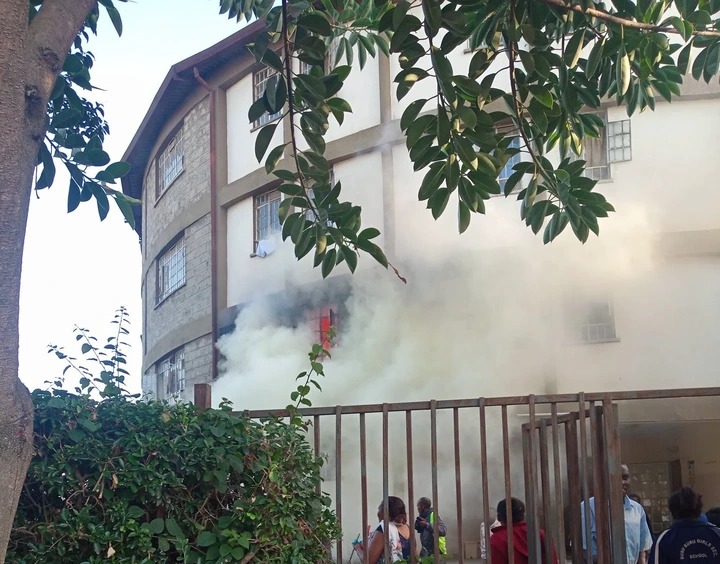 Buruburu Girls High School in Nairobi became the focus of all Kenyans an hour or two ago after disturbing videos viewed online by this writer showed distressed schoolgirls jumping from their dormitories on the top floors of the building.

However, as of the time of publication of this article, Metropolitan Hospital in Nairobi had issued an update, stating that 59 students had been admitted from the institution following a distress call. In a subsequent Tweet, the medical establishment informed the country that at least 30 students had been stabilized and released from the hospital. 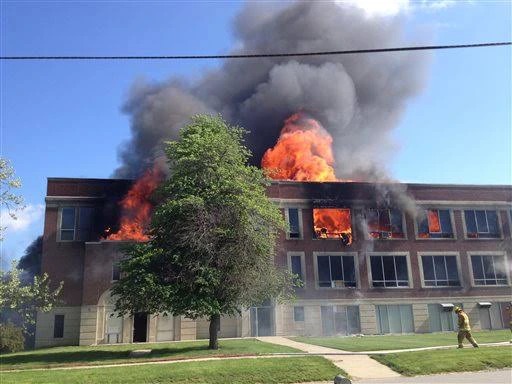 Meanwhile, Reports indicate that several students were feared to have been trapped in the dormitory. Further, videos circulating online showed nearby residents gazing frantically at the razed dormitory as some students were seeing escaping through the windows. Kenyans have shown sympathy over the girl who was spotted jumping over the widow from third floor.

"Our trauma and emergency medicine team has already stabilized and discharged a total of 30 students," it said. Simultaneously, the national police service has finally broken its silence on the matter, which has piqued the public's interest due to its sensitive nature.

According to Capital FM, the fire at the school has been completely extinguished, and it is worth noting that no students were injured as a result of the fire. The police also stated that an investigation into the unfortunate incident has already begun.

Hundreds of Motorists Stuck on Langata Road; No Movement in the Last Hour