By TheReporterr (self media writer) | 16 days ago

Speaking in the man's burial, an MCA from Laikipia claimed that it was so unfortunate that the deceased didn't get the 21 gun salute that is often given to officers who died in their line of duty.

The renowned member of county assembly said that the government needed to do something that was going to put a stop into the ongoing attacks and deaths in the region being caused by bandits who have managed to trick the government.

"I don't know what to say about this but all I know is that this is very unfair. I mean a police officer who died in the line of duty being buried without getting the usual 21 gun salute. This shows how the government takes our police officers. A young man who gave his life to serve the country being buried like a commoner brings shame to all of us", he said.

Further reports have revealed that they were able to stand their ground despite the fact that they had sustained several injuries after being shot. The two officers were rushed to the hospital by their colleagues who came to their rescue. Sadly, the deceased is said to have succumbed to his injuries while he was receiving medical treatment under police supervision. 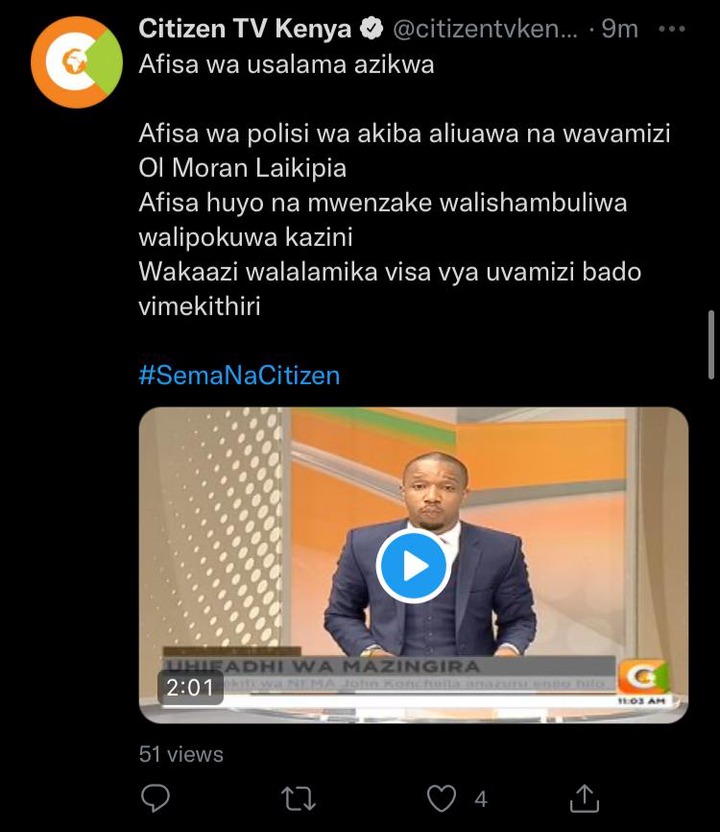