Two men have been arrested by officers attached to the Directorate Criminal Investigations after they forcefully tricked a mentally disabled woman then forcefully slept with her in turns. The incident is said to have taken place in Lamu county where one of the men was caught right engaging in the act with the challenged woman.

According to a statement presented at the police station, the two guys namely Shadrack Murimi, a 45-year-old man, and Hiribae Kokane, a 43-year-old man pretended to be good people and ended up winning the innocent woman's heart. The police report read that on a night when the incident took place, the duo was in a night patrol accompanied by Samuel Ngumi, a Nyumba Kumi elder.

While on the night patrol, they eventually landed on a middle-aged woman who was living in an abandoned house in the Sina Mbio area, the woman was preparing tea and the area is known for its high rate of insecurity, fearing her life, the Nyumba Kumi elder asked the two men to watch over the lady as he went ahead to seek help.

After he left, the two men convinced the lady and started engaging with her in the act in turns, upon returning, the elder was shocked to find Murimi enjoying his moments with the innocent lady. He was a little bit terrified and stopped doing the act, Kokane on the other hand had already slept with the woman and gone away.

The disabled woman was quickly rescued and police officers were informed about the beastly act of the two. They were later arrested and are currently in police custody. Meanwhile, the disabled lady was taken to hospital for medical examination and is going on well. 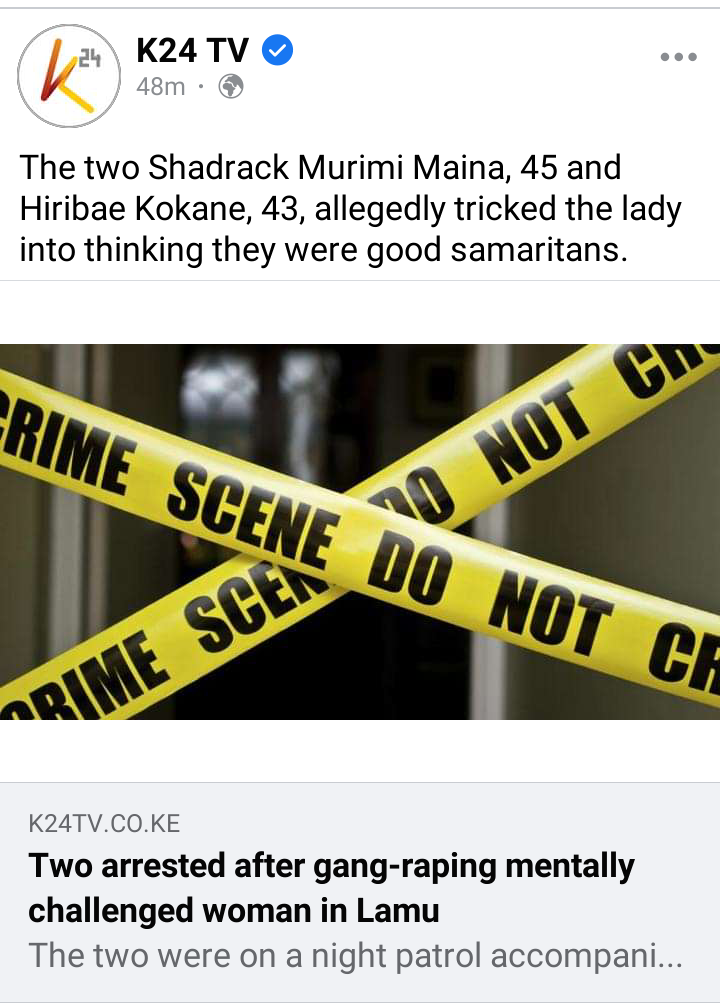 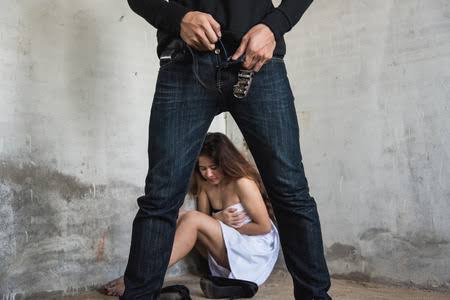