Officers Are Pursuing A Man Who Killed His Lover After Finding Her In Act With Another Man.

Police officers are searching for a man who killed his girlfriend after finding her with another man. The scene is in Kosoywa estate, near Nandi Hills town.

Going by the reports, the man's names are Aron Kiplagat. While the deceased's names are Florence Jepkoech.

According to police reports, Aron fled after killing his lover. Note, Aron allegedly killed his lover after finding her with another man in their rental house.

So far, police officers have interviewed some witnesses. According to witnesses, the two lived together but fought a lot.

Note; one of Jepkoech friend has narrated the scene to police officers. Her names are Mercy Jeptoo.

According to her, Kiplagat visited Jepkoech at her place of work, carrying basic effects, and told her he would be travelling. 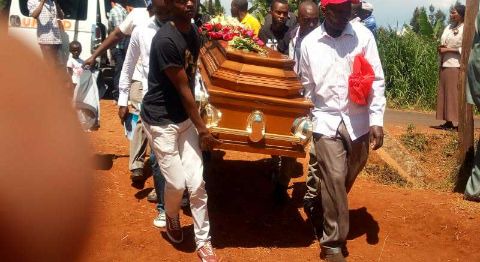 Moments later, she saw kiplagat and other unknown men flying from the scene.

At the time, she reacted by going to check up her friend, Jepkoech. But she was shocking by what she witnessed.

Her friend was lying in a pool of blood, fighting for her life. Mercy then reacted by taking Jeokoech to Nandi Hills Sub-County Hospital but she succumbed.

Note; the male friend who was accosted in the act fled from the scene. 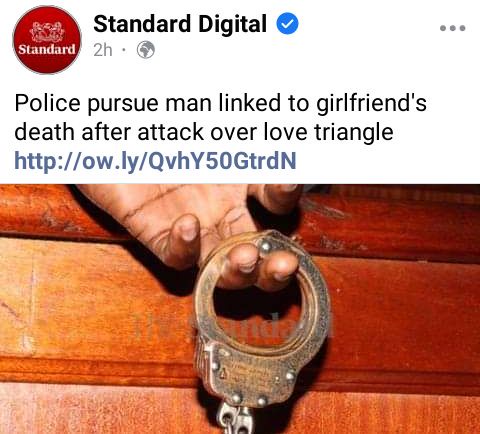