Residents of Kirinyaga county in a village known as Kivingoti were today treated to a night drama, after a man caught a pastor red-handed in his house with his wife.

The man who works as a nurse in the nearby dispensary, was on a night shift. He wanted to have a leave,so that he can take his wife to visit his mother.

According to Taifa Leo newspaper, an eye witness who do not want to be mentioned, alerted the nurse of the suspicious visitor,who had visited his house that night.

Thinking that his neighbour was joking, he never took it seriously and decided to continue working.

After an hour, he decided to go check whether what the neighbour had told him was true. He excused himself from work and headed straight to his home.

On reaching home,he immediately went to his bedroom, only to get her wife and the pastor having fun.

Without hesitating, he mercilessly started beating him, directing him out of his house. On reaching outside,he gave him a hard karate kick and the man fell helplessly on the ground.

It was at this time that neighbours flocked in, only to realize that it was their pastor. He pleaded with the man saying that, the devil has lied to him but it was too late. 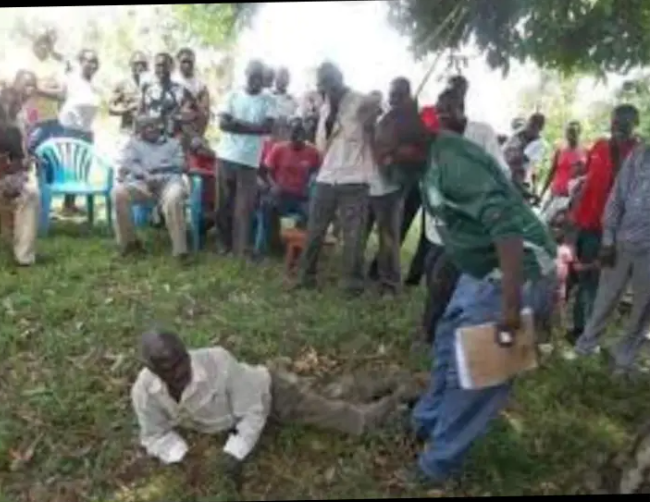 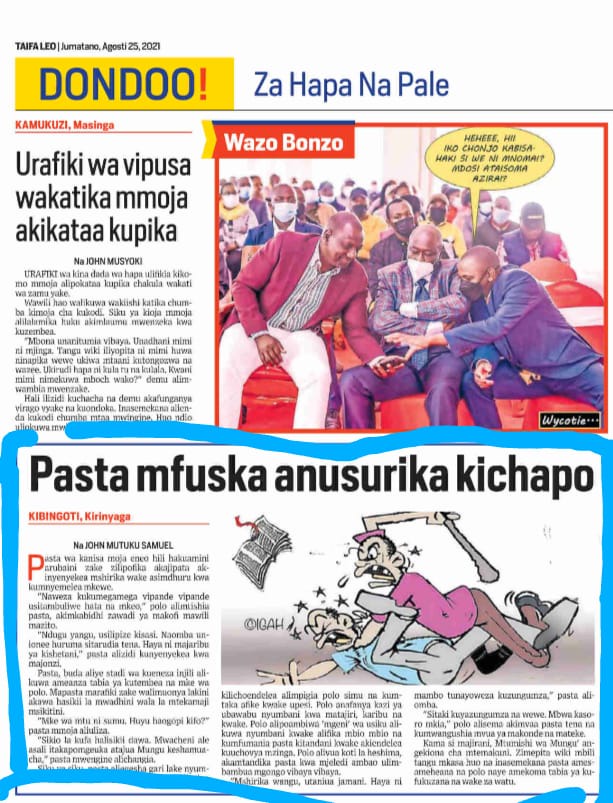