By KumenyaNews (self media writer) | 1 month ago 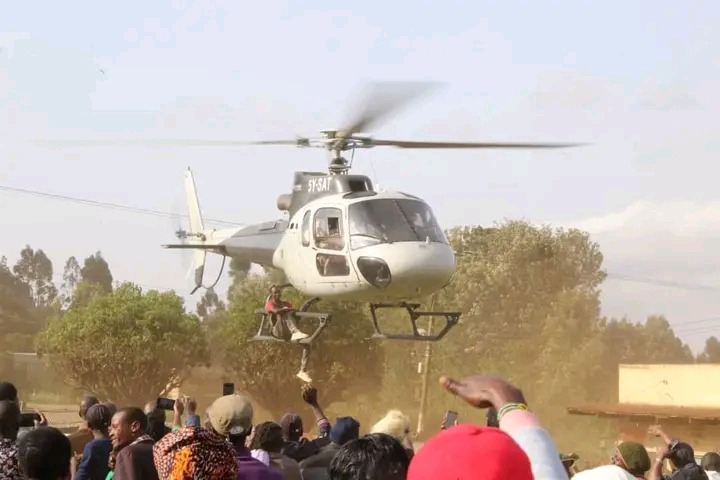 The was a rare case during Cs Munya visit In Meru county early last week where a middle aged man hanged on Cs Munya's chopper after it took forcing it too land for the man to get out.

Immediately after getting out the man took off before he was arrested a few metres away. After recording the statement the guy by the name joackim Mutwiri was aligned in Maua law court where the judge ordered for a mental health to be conducted

On fifth july the maua hospital report where out indicating the man was mental heal and he need some checkup. After the submission of the hospital reports maua resident magistrate has ordered for six months treatment of Mutwiri in Mathari mental hospital.

The 41 year old is expected to starts treatment immediately with effort from mother to save his son fell in dead ears with the judge saying that his health his important.

The Meru incidents a year after two incidents in Western with government warning young men over the same saying it risking of life.