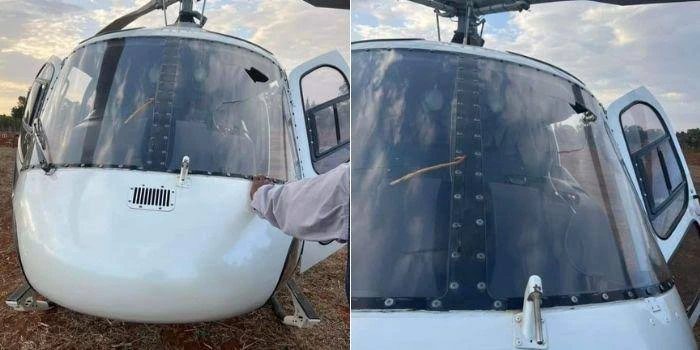 Raila Odinga, leader of the ODM, was left terrified following a near-attack on his entourage by furious youths protesting his visit to the area. Raila had arrived at Mzee Kibor's funeral to pay his final respects and to console the grieving.

He first traveled to Iten, where he addressed a rally, before returning later that day to his family home. He followed through with his plan and arrived at Kibor's residence later that day.

After a few hours of condolences, it was time for Raila and her troops to depart. However, upon arrival at the location of the helicopter's landing, a group of youths began chanting Ruto's name.

They then began hurling stones at the helicopter as it attempted to depart. Unfortunately, one of the stones struck the helicopter's glass, shattering it. It has been discovered that tycoon and business mogul SK Macharia owns the helicopter through corporate helicopters limited.

Eurocopter AS350 tail number 5Y-DSB was registered to the choppers. 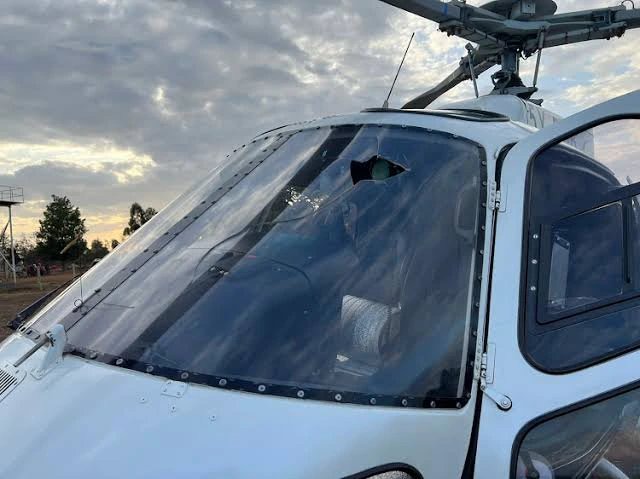 Meanwhile, kindly share your thoughts on the subject with us.