A 17-year-old male student from Gathiruini Boys’ highschool has been lynched after sneaking into a girls' school with five of his friends. 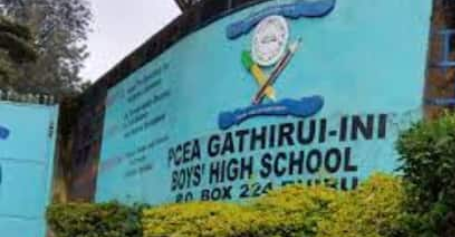 The deceased and his friends from the Githunguri-based lyceum in Kiambu sneaked into Komothai Girls highschool in the dead of night.

According to a report by the quality, as soon because the girls spotted the male students in their school, they started screaming, attracting the eye of the protection guards and staff members.

The five other boys managed to flee but the protection men and staffers descended on the 17-year-old with kicks and blows.

Police officers have since launched an investigation into the incident. This incident happened barely two months after four students from Gatamaiyu Boys lycee were left nursing wounds after angry neighbours descended on them for sneaking into neighbouring Gachoire Girls highschool.

The four were cornered after a guard from the girls' school spotted the young men, who were wearing civilian clothes and raised alarm.

Neighbours, suspicious that the boys were random thieves, pounced on them before law enforcement officials from Kagwe police office rescued them. one among them was taken to Kagwe health centre from where he was remarked Kiambu hospital. 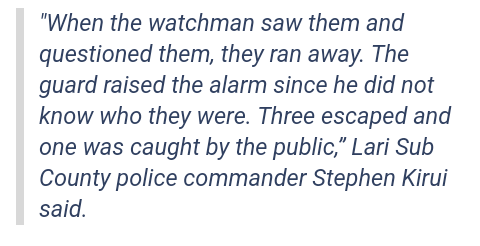