Police officers in Mombasa are investigating an incident where a man was involved in a Road Accident While allegedly chasing his wife and her lover. 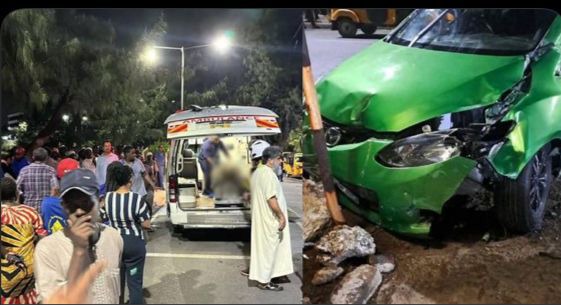 In a news report that has been shared by a reliable source of information, it has been revealed that the man who has been identified as Ali saw his wife in another man's car.

This was followed by a dramatic scene after he decided to chase his wife before he lost control of his vehicle. According to the reports given the police, it has been revealed that the man hit several vehicles.

Additionally, it has been revealed that the man was rushed to the hospital with several injuries, Wife nowhere to be seen.

While reacting to this incident, Kenyans who took to their different social media accounts to express their opinions on the matter have called upon the government to find a solution to this accidents.

According to the reports given by most Kenyans, they claimed that it is so unfortunate that the government is yet to do something about the increasing number of road accidents yet people are dying daily. 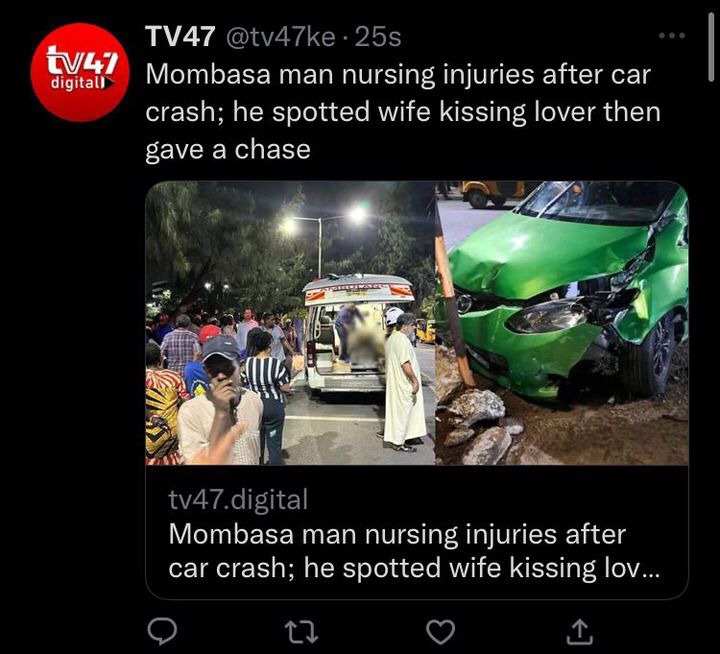