By Dekuts (self media writer) | 1 year ago

Love is sweet when both partners reciprocate the same way towards each other. Nowdays relationships mostly marriages have been rocked with unfaithfulness and domestic violences which have threatened the peaceful coexistence of love between partners.

A mother of two and a gender-based violence survivor has narrated her painful story of how her dear husband nearly killed her. 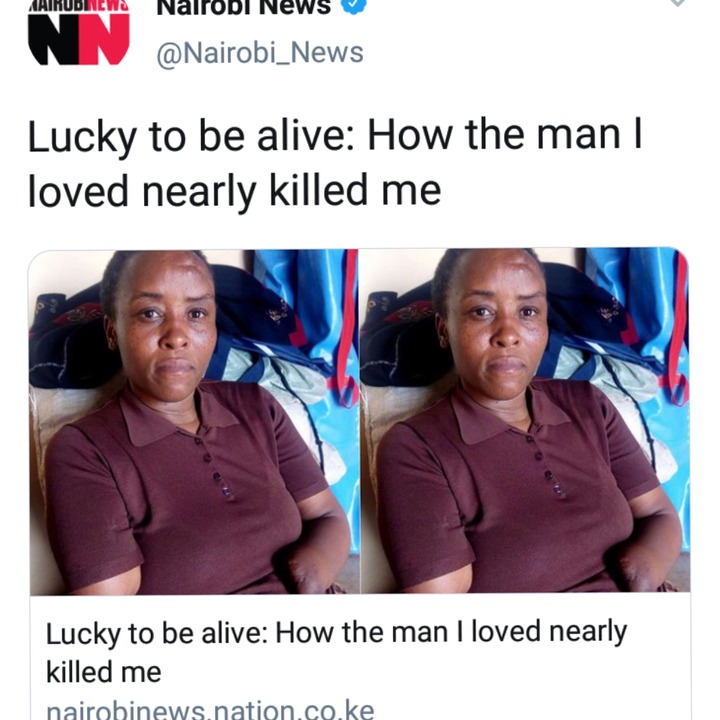 When speaking to Nairobi News, Mrs. Wairimu from Kiamabara village in Nyeri County vividly remembers the year 2008 when the man she loved and was married to descended on her with a machete slashing her several times, inflicting severe damage to both her hands and her forehead leaving her for dead.

The woman revealed that the cause of the beatings she received was because she had earlier asked her husband where he had spent on the previous night. 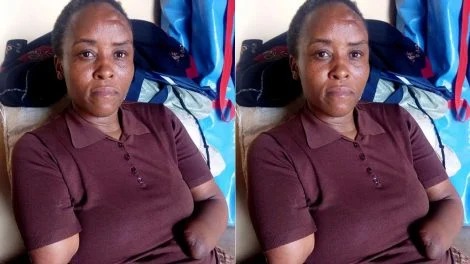 Mrs. Wairimu was admitted at Nyeri Provincial General Hospital and Nairobi Women Hospital after she was transferred from Karatina District Hospital where her condition became worse. Her former husband was sentenced by a Karatina Court after being found guilty of causing severe damage to Mrs. Wairimu and attempting to kill her. He's now serving a life imprisonment.

When you are in a violent relationship or marriage, please leave before it's too late. Your life is more important than anything else.