The 20 migrants were traveling in Libyan desert when they got lost, the were traveling with a black truck when the driver lost the way and they were stuck there without anything to feed or drink. 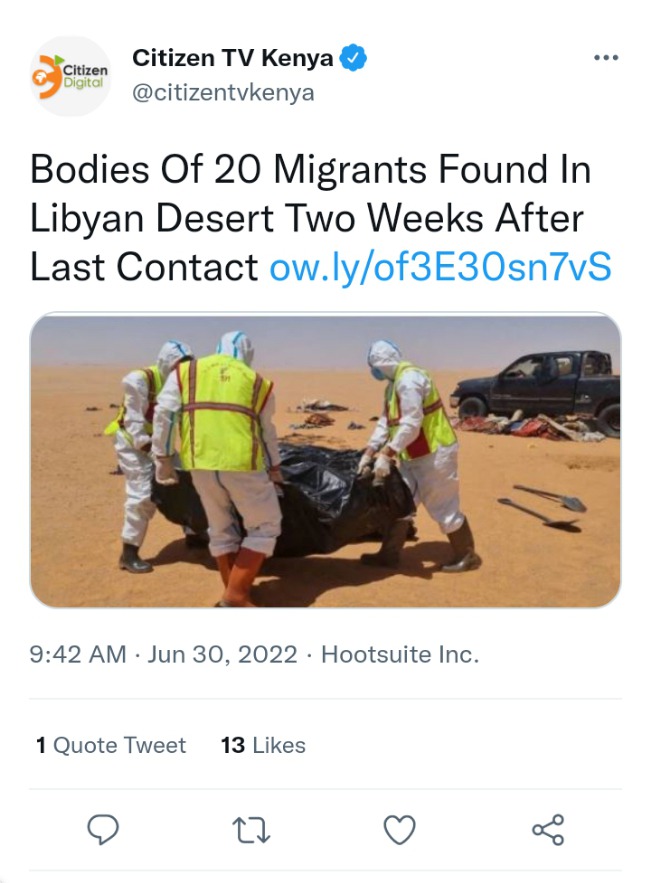 They were lastly heard on 13 June until when their phones could not been reached, the bodies were found near Chad by a truck driver who was traveling through the desert, he then informed the securities and an ambulance was send to go for their bodies. 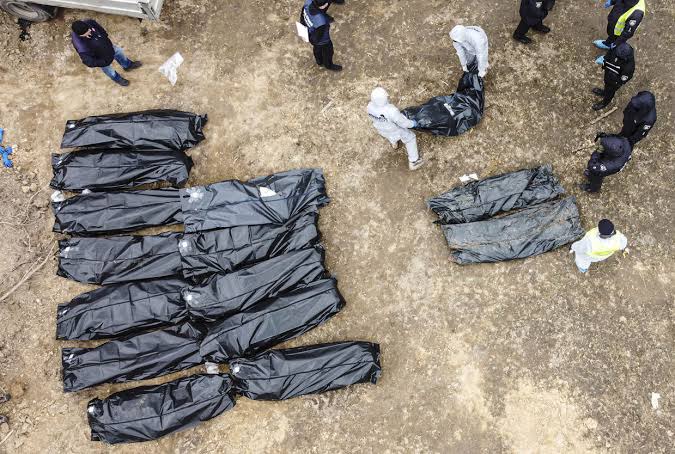 Libyan desert has been reported to be one of the dangerous route to reach Europe and which is commonly used by migrants since many have been reported of dying while using the route.

People should consider their well being before even deciding to do anything that might cause their lives, may their souls rest in peace.

Millicent Omanga Angrily Responds To A Fan On Facebook Who Questioned Her Excitement.