By Ryan_Bryan (self meida writer) | 7 days

Franci Mwangi, the murder suspect has been rearrested once again after escaping while being taken to hospital on Thursday night. This happened after he had been beaten up by residents of the area after being accused of killing a lady friend in Kirima on Thursday. 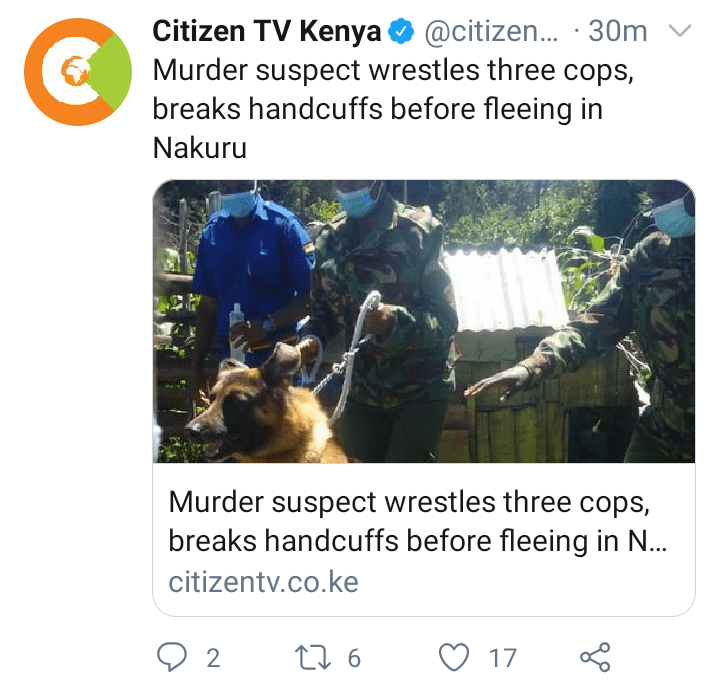 He was badly injured in the head and chest; police officers had just rescued him from a mob that was baying for his blood.

After his rescue he was handcuffed and given protection of three police officers in a Landcruiser and the other officers escorted them with a Nissan note car.

While heading to hospital, according to police reports, the suspect became very much violent and began wrestling the officers. It prompted the driver to stop the car to inspect what was happening at the back.

Unfortunately before he could do so, the suspect broke the handcuffs and vanished into the bush before the police chase car could arrive. They then asked for reinforcement from the K9 dog, but by today,Friday morning no arrests had been made. 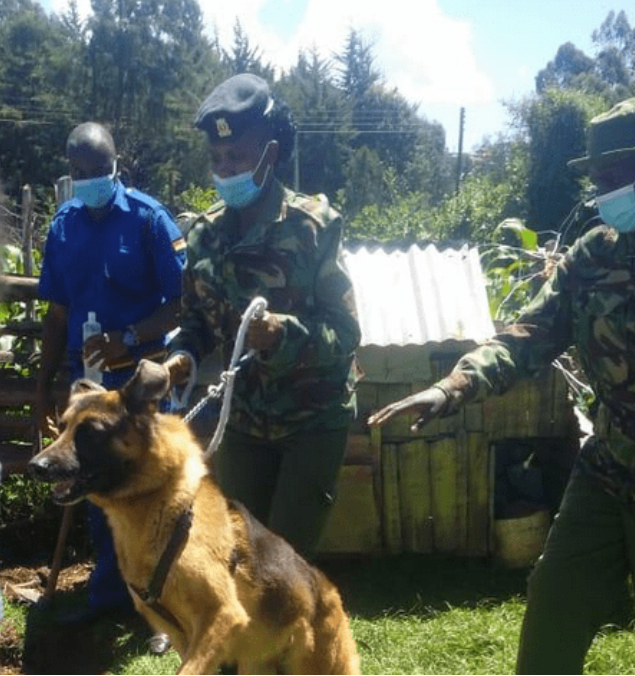 The residents of the area set ablaze his home but he was nowhere to be seen. Later in reports reached to the police that he had been cornered by a mob at Emboita area and tge they rushed there to arrest him.

A Blow To Conductors, Drivers And Hawkers In Kenya.

"God Why Me, Who Did I Wrong To Deserve All These Problems;Woman Cries.

Remember Spenser Sankale Whistleblower at Masai Mara Heist? He Has Been Dismissed By The University