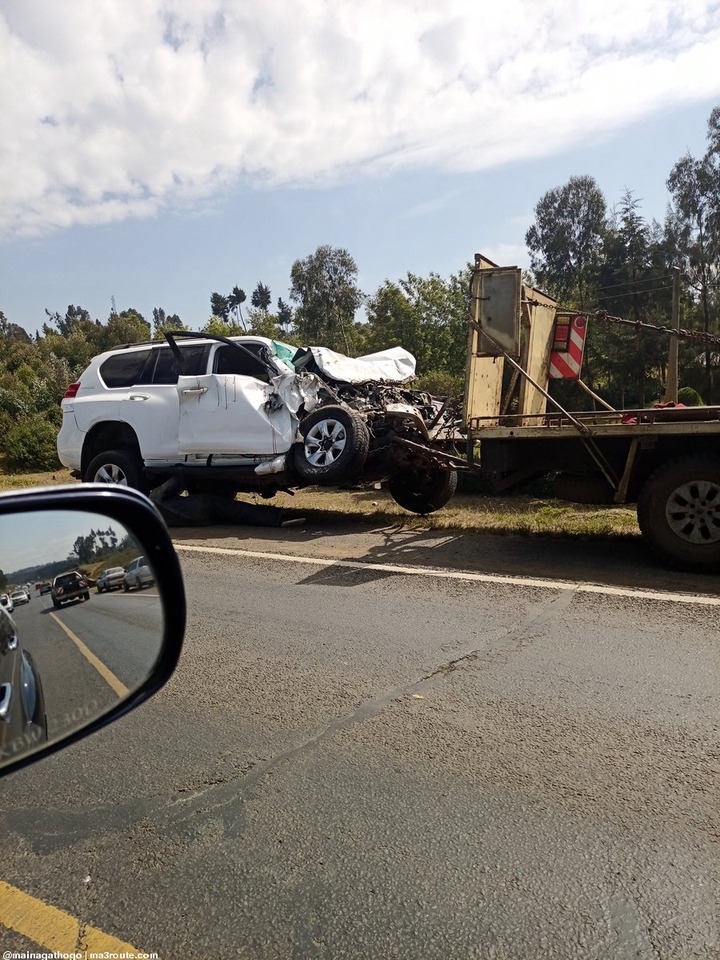 Kimende view post traffic police commander identified as John Musya said the accident occurred at around 11am on Sunday.

He said two victims died on the spot and one succumbed to his injuries while receiving treatment at Orthodox Mission Hospital.

"The crash happened at Kimende view point. The accident involved three vehicles , that is along the busy highway," John said.

He added, "Three passengers lost their lives and four people sustained serious injuries during the Saturday morning accident. Their bodies were transferred to Uplands funeral home."

According to John reports, the lorry was trying to overtake a pick-up when it collided head-on with a an oncoming Car and eventually hit a Nissan matatu parked beside the road.

Mr John blamed the drivers for the crash saying it was out of their negligence. 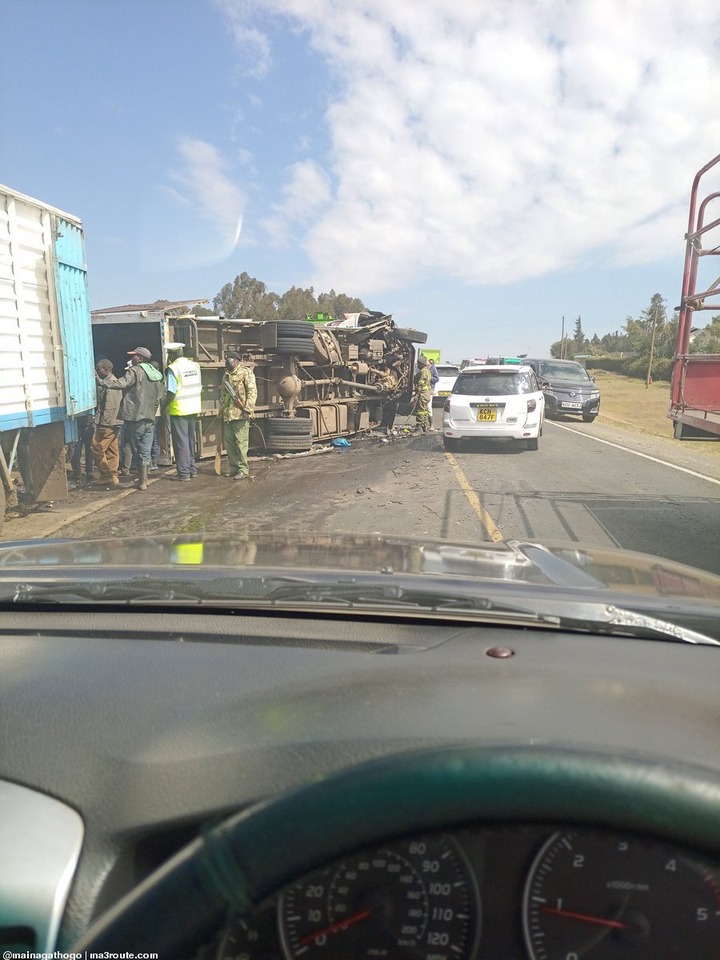 The bodies of the deceased were taken to Uplands funeral home awaiting autopsy. 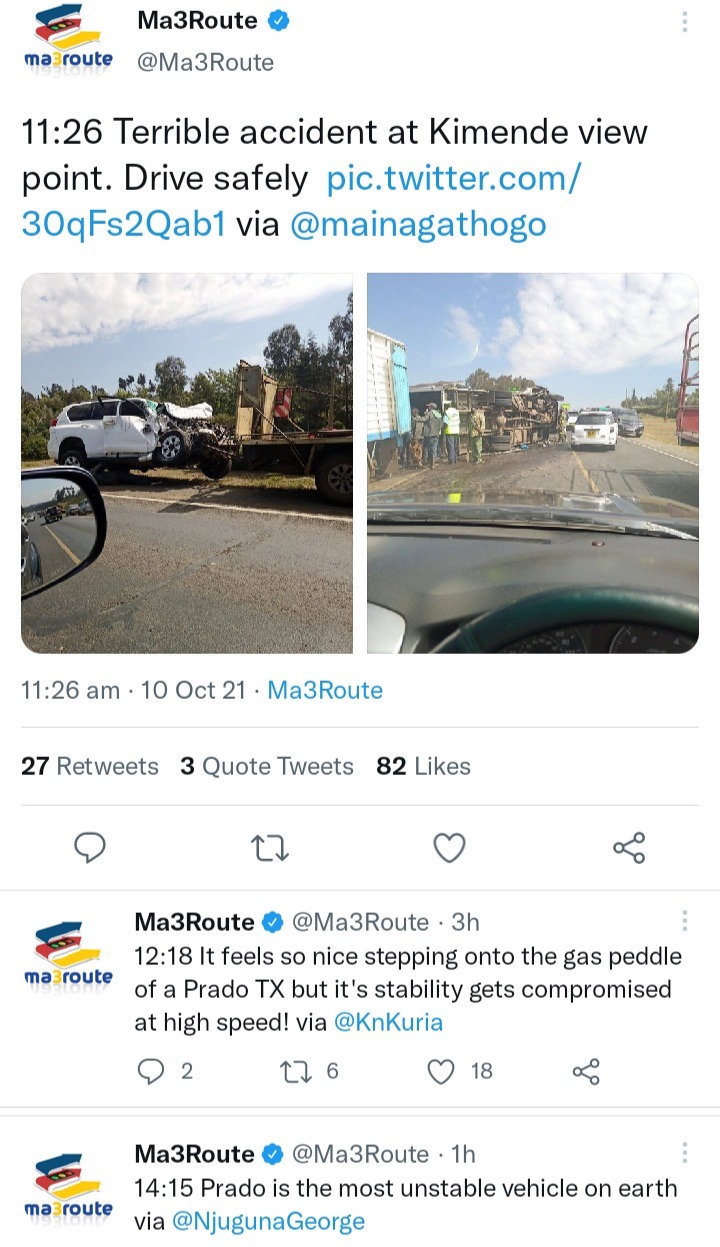