By starlightstudio (self media writer) | 1 month ago

According to a police report seen by Kenyans.co.ke, a fire broke out at the DCI offices on Friday, October 1, at midnight, destroying vital files.

The report indicated that the fire started in one of the metallic units in the police station and easily spread to the nearby units.

Efforts to put out the fire were futile and it consumed the whole unit. 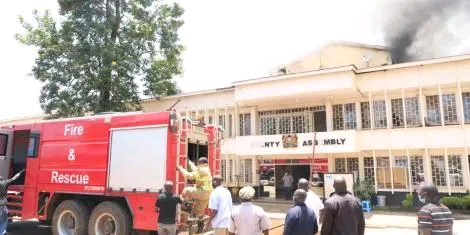 The incident was reported by officer James Ng'ang'a, with the station's OCS immediately mobilising the other officers to help put out the fire.

"Police officers drawn from regular police and detectives visited the scene which is located about seven kilometres south of the Station and established that the timber wall was on fire,” read the police report in part.

The fire completely destroyed the office block. A witness, who is an officer and who sought anonymity, said that the fire was suspected to be an arson act. 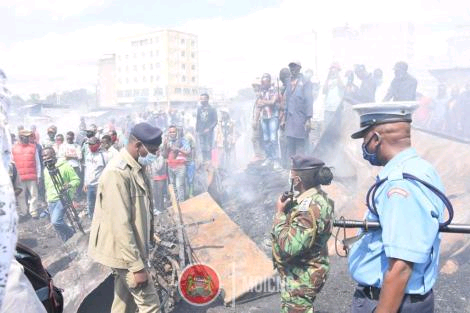 “From a look of things, the fire was as a result of an arson attack, we are trying to find out what the motive was,” the witness stated.

He added that from preliminary investigations, an electric fault was not the cause of the inferno.

Investigations are still ongoing with the incident coming barely two years after a similar fire in the area that gutted the Galole CDF Offices in Tana River County.