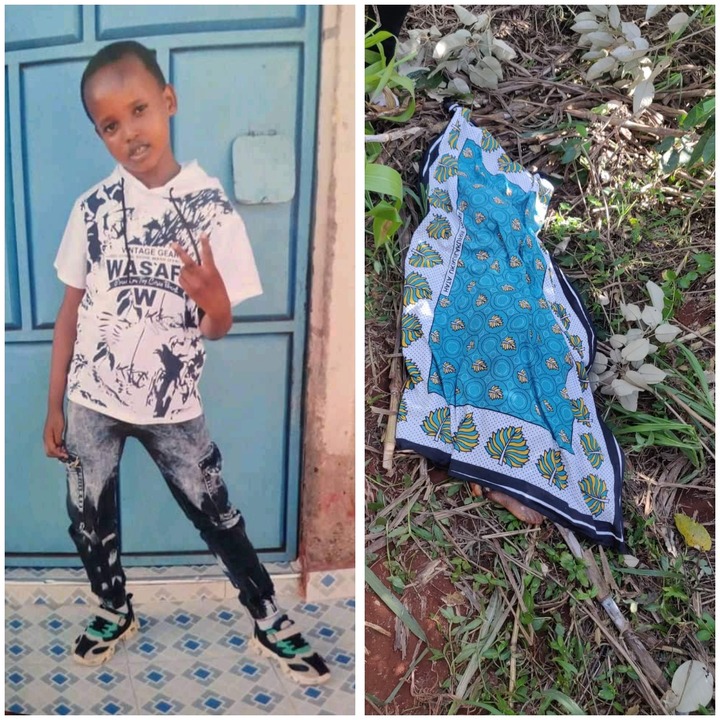 After several days of serious searching, a young boy from Dagoreti identified as Penniel Mungai was found brutally murdered and his body dumped along the highway.

However detectives from the department of criminal investigation (DCI) have made a major breakthrough in the case.

After a four-day search for a 7-year-old boy who went missing Sunday, January 23 from Dagoretti's Mituini area came to a despondent end yesterday, when detectives recovered his body dumped in the sub-county's Kirigu location.

Dagoretti-based detectives who scrupulously pursued the missing child report filed by the child's mother at Kirigu Police Post, had earlier arrested one suspect; Maxwell Muigai, 20, a cousin to the boy's father. 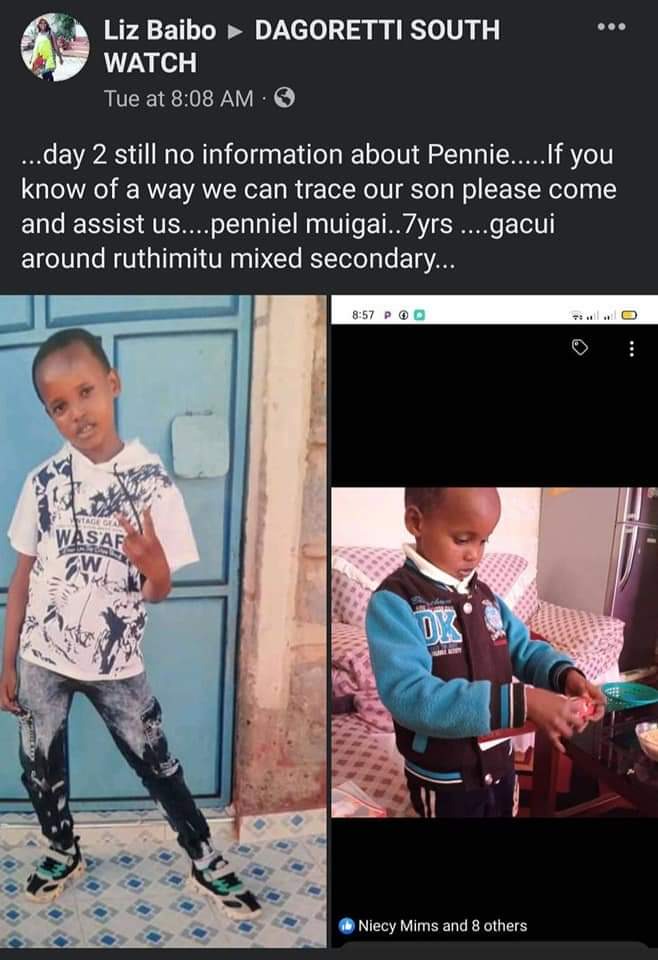 Muigai's arrest was effected after forensic-based intelligence evinced links of him having reached out to the boy's family demanding for ransom to secure their son's release.

After hours of interrogation, the sleuths established that on the evening the minor went missing, Muigai had at around 5pm beckoned the boy as he played outside their house, before disappearing with him to an unknown location.

It was until nightfall that the boy's parents realized their son was missing, after all other children playing in the neighbourhood ambled back to their residences, but him.

Smacked with all the evidence signaling his involvement in the disappearance, Muigai had at 2pm yesterday led the officers to Kirigu area, at a scene where he dumped the boy's body after murdering him when no money came through.

The scene was processed and the body moved to PCEA Kikuyu mortuary pending autopsy.

The suspect is in custody, and will plead to Murder charges once all the necessary legal procedures are completed.

As we condemn this heinous murder of a young boy, we emphasize our appeal to parents, guardians and caregivers, to at all times guarantee the safety and security of their kids, and promptly informing security agencies whenever 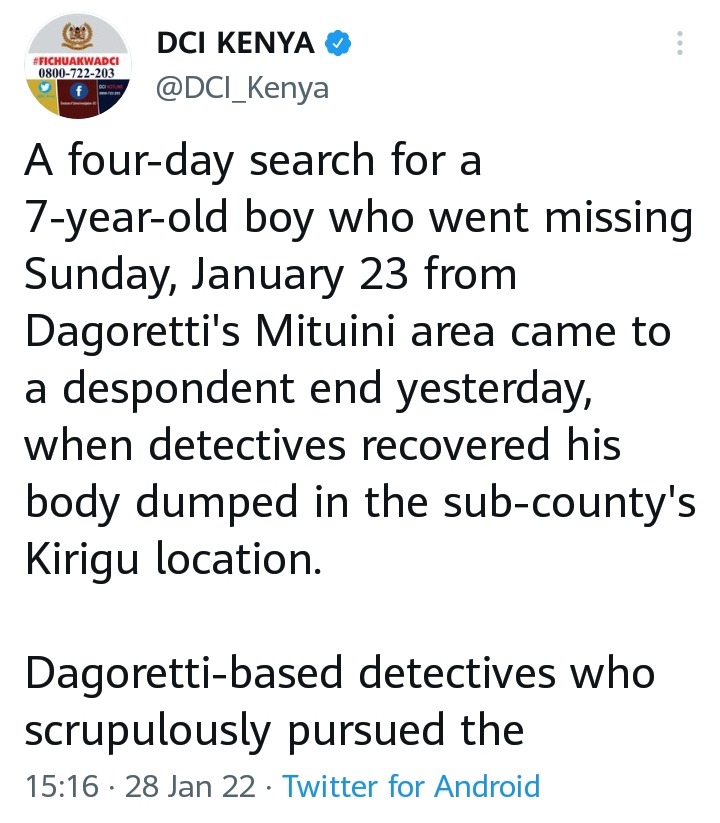 Actress Nana: I Got Pregnant By Mistake, I Was Using Contraceptives