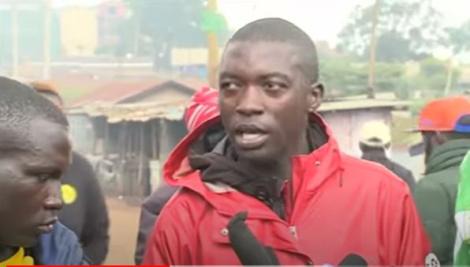 Residents of Kabete have come out to detail what transpired before the mass shooting that has left six people dead and others nursing injuries.

Speaking to a local media station on Tuesday, December 7, the residents have stated that the incident happened around 3 am in the morning when they saw a speeding vehicle approaching them.

A police officer reportedly armed with an AK47 rifle jumped off the speeding car and opened fire at the locals who were up that early morning.

This forced them to scamper for safety. According to one of the residents, they thought it was a case of crime in the area. The car turned and sped off in a different direction.

According to an eyewitness account, they heard other gunshots from the direction the car went to, forcing them to contact the area OCS about what was happening.

The area OCS informed them that it was one of the officers who had gone on a shooting spree. While moving away from the scene, they came across the bodies of victims who had been killed by the cop. 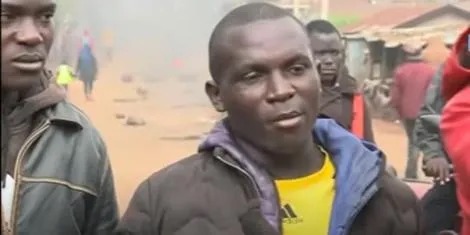 They also met one person who was still writhing in pain and rushed him to the nearest health facility to receive treatment.

"I saw a probox coming they came and reached near the market and started shooting at us, so we thought it was an act of crime. It moved some meters away then police came out and started shooting. It then sped off then we heard more shots from that direction," the resident recounted.

He added, "Then after some time a few boda boda riders came to us asking for help, stating that two people had been shot."

The boda boda operators reportedly informed the locals that they were from a funeral together with some of the officers in that probox car.

Another resident narrated that he was informed by the area boda boda chairperson about the commotion in the area. He immediately rushed to find out what was happening only to meet bodies lying on the road.

"I was called by the chairman informing me that he had heard some commotion so I rushed to find out what was really happening. While riding on my bike I found several bodies lying on the road forcing me to call the area police officers," he stated.

The locals were later informed that the said police officer had shot his girlfriend and was shooting indiscriminately.

The police officer's neighbour on the hand noted that he heard a loud bang forcing her to rush to the nearby police station to report the incident.

Upon returning, she stumbled on the body of the police officer's girlfriend who had a gunshot wound in the neck. Their relationship was only three months old.

Survivors of the early morning shooting are undergoing treatment at the Kenyatta National Hospital.The area has since been rocked with protests with locals calling for justice.

Just In: What Has Been Spotted On Mombasa Road Today That Has Caused Serious Traffic Jam At Mlolongo

RIP: Family in Pain After Two Brothers Died on The Same Day

NTSA Introduces New System In Crackdown On All Motorists