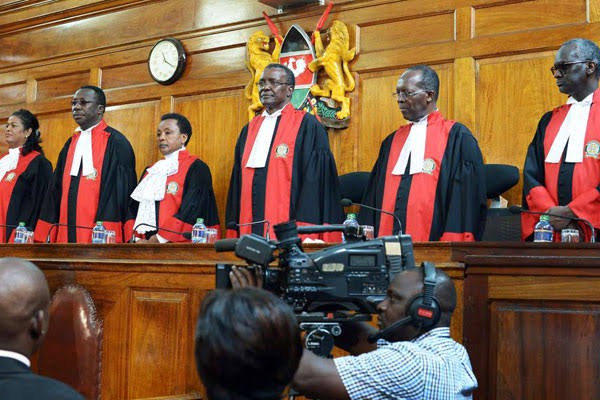 Renown senior counsel Ahmednasir Abdullahi has disclosed that a senior Supreme Court Judge is attempting to acquire Ksh 350 million in order to sell a land he acquired fraudulently.

Through his social media accounts, the lawyer has alleged that the judge acquired around Ksh 210 million as a bribe where he bought a land in Nyandarua county.

He would later falsify the valuation of the land and he got compensated a huge amount of money by the Kenya Railways Authority. However, it would later emerge that the police recommended his prosecution after his plan was found out.

However, he allegedly git the protection of the former Chief Justice David Maraga who Ahmednasir Abdullahi has been castigating until he retired from active service as a judge in Kenya. 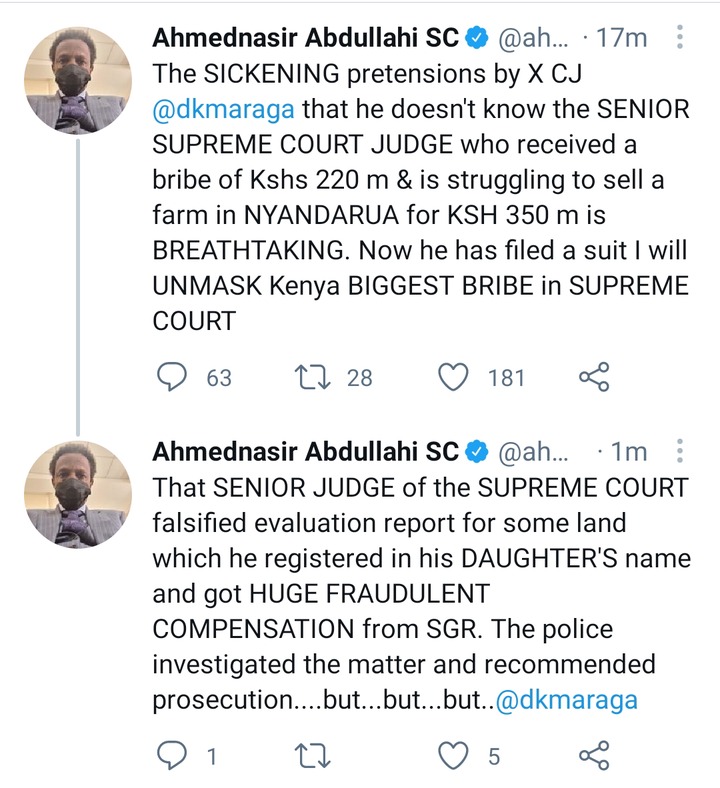 Ahmednasir Abdullahi has since threatened to unmask the dealings of the former Chief Justice who he claims pretends he doesn't know the judge but he has filed a suit at the court.

"The SICKENING pretensions by X CJ @dkmaraga that he doesn't know the SENIOR SUPREME COURT JUDGE who received a bribe of Kshs 220 m & is struggling to sell a farm in NYANDARUA for KSH 350 m is BREATHTAKING. Now he has filed a suit I will UNMASK Kenya BIGGEST BRIBE in SUPREME COURT. That SENIOR JUDGE of the SUPREME COURT falsified evaluation report for some land which he registered in his DAUGHTER'S name and got HUGE FRAUDULENT COMPENSATION from SGR. The police investigated the matter and recommended [email protected]"Ahmednasir Abdullahi.