By Aloanzzz (self meida writer) | 29 days

A sad incident has been reported in Kahawa West after police officers shot one person killing him on the spot. It has been reported that residents woke up and found bull dozers demolishing their properties. Many items that were destroyed belonged to local people who often do open air businesses. 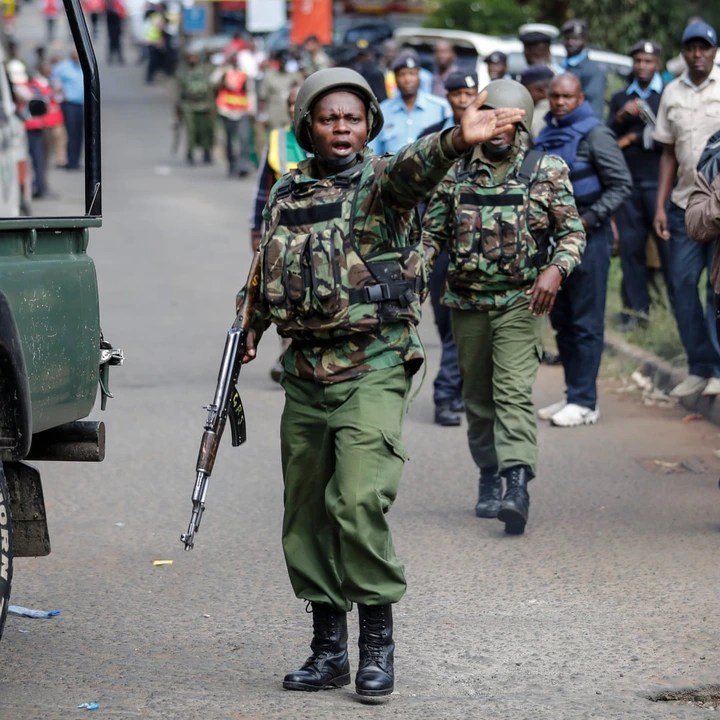 It has been reported that they could not withstand this lose since there was no notice asking them to leave their place of work. The demonstrations became too tough and police officers had to intervene. Instead of calming the situation, these police officers became so violent. 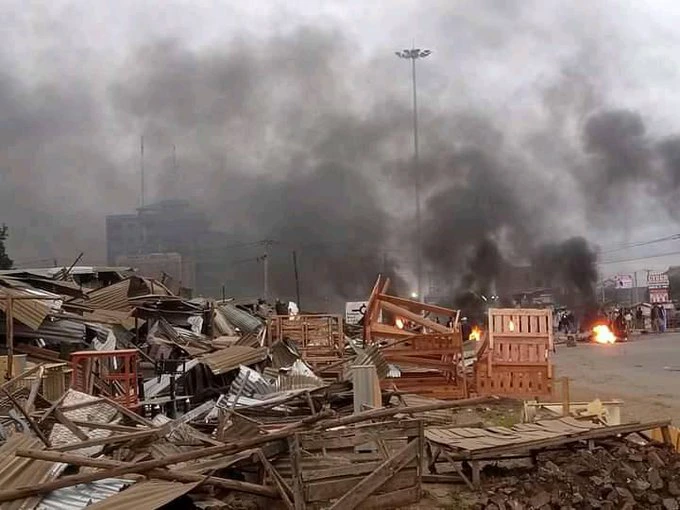 They took action into their hands and started shooting randomly in air. It has been reported that they shot one person leaving him dead while several other people were left with bad injuries. Up to now, the situation has not calmed down yet. We hope a wiser decision will be made to help these residents of Kahawa West. (source, Citizen TV) 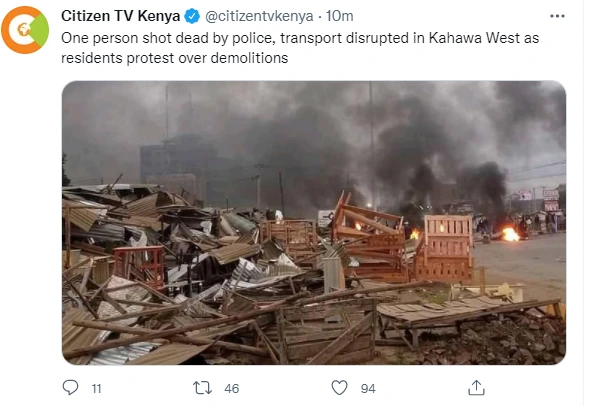