Unique Send-off As Woman Is Buried At Night In Nakuru 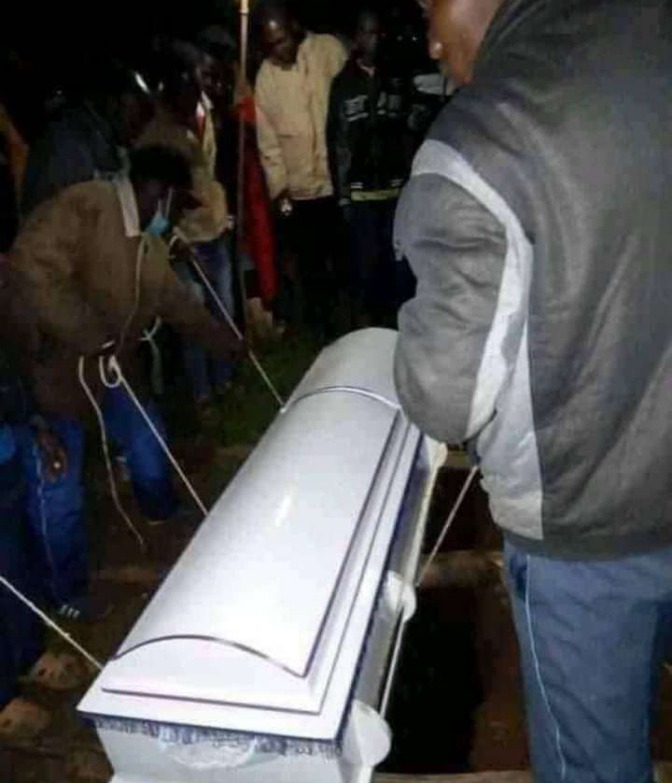 Reports of the body of a woman who was scheduled to be buried at her father's home and later buried at her husband's home during the night emerged online. Unusual

According to reports the woman was supposed to be buried at Kapmaswai, Sotik in Bomet county but the funeral service was cut short after a swarm of bees attack mourners.

The body of the late was returned to the morgue for fresh burial arrangements. Source revealed that the body was laid to rest at a place known as Olenguruone in Nakuru county. 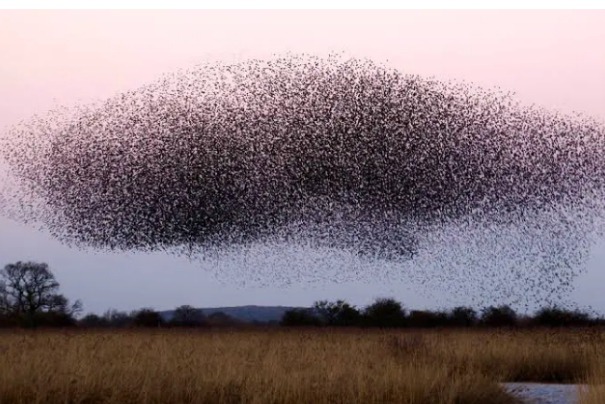 Reports indicated that the late husband is alleged to have not paid a dowry to the family of his wife and that's why bees disrupted the burial ceremony forcing the two families to talk and come to an agreement.

It is believed that the husband to the deceased agreed to pay the dowry and was allowed to hurry her lover in the line of Kalenjin culture. It is said that she was buried during the night to avoid causing bad omens to the family. 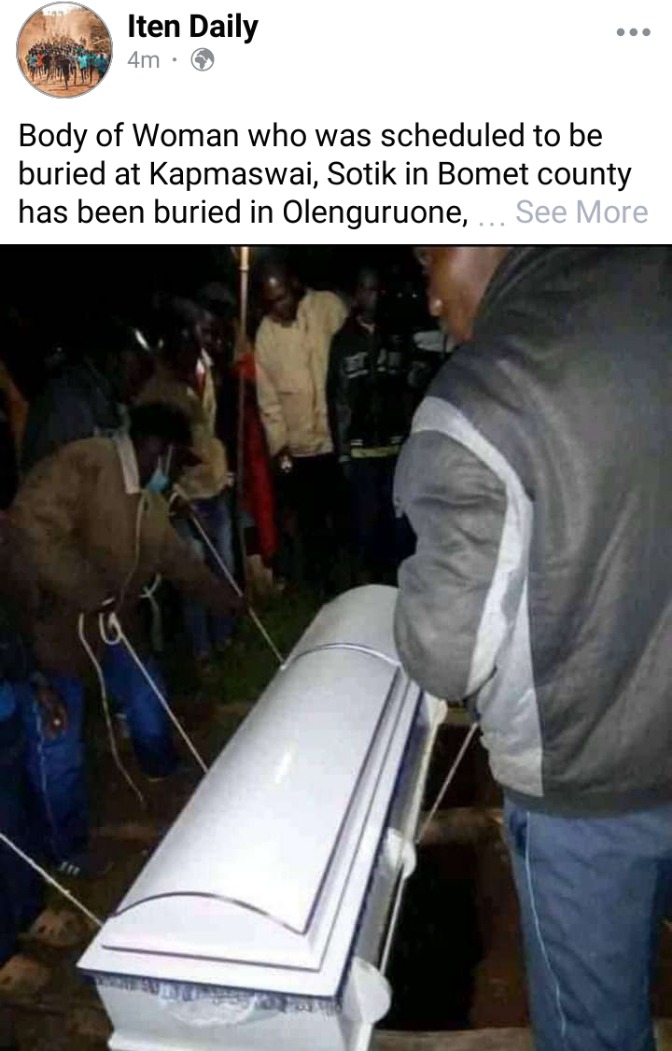