Thugs Caught In the Act Of Robbing Residents Shot Dead After Refusing To Surrender, Guns Recovered

By DeepState1 (self media writer) | 18 days ago

According to the reports given by a reliable source of information, it has been revealed that police officers in Dandora have killed two suspects after a Botched Robbery. 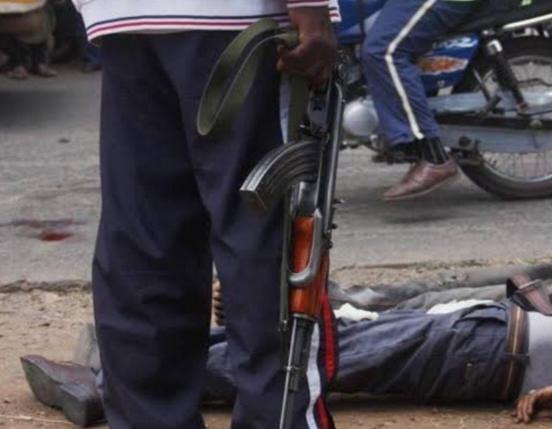 In a news report that has been shared the Star, it has been revealed that the suspects were busted in the act of Robbing Kenyans before they were Gunned down by the police.

According to the reports given by the police, it has been revealed that the suspects who were armed with guns refused to stop after being ordered by the police.

A gun fight led to the death of the suspects who were taken to the Mortuary. According to the reports given by the police, it has been revealed that guns were recovered.

While reacting to this incident, Kenyans who took to their different social media accounts to express their opinions on the matter have congratulated the police for their Quick action and response.

According to the reports given by most Kenyans, they claimed that it is so unfortunate that the suspects decided to rob residents despite the fact that the country is facing an economic crisis. 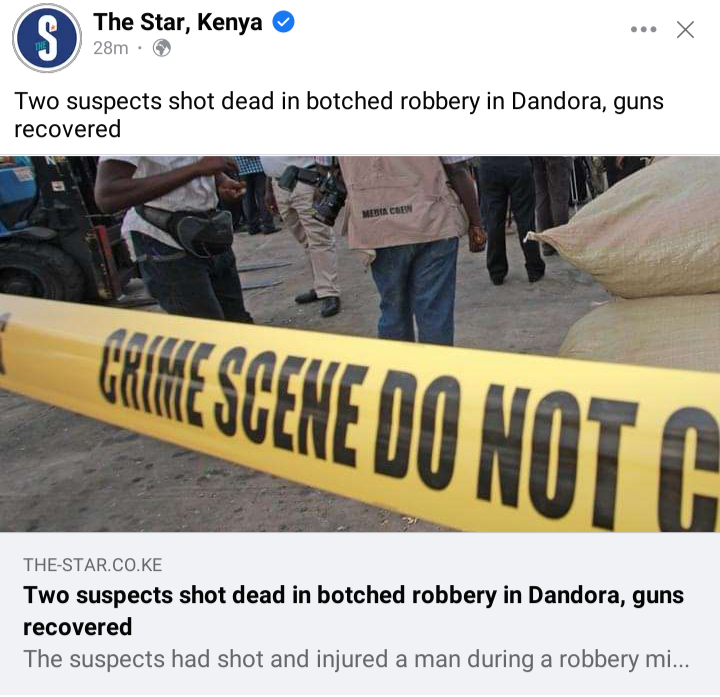