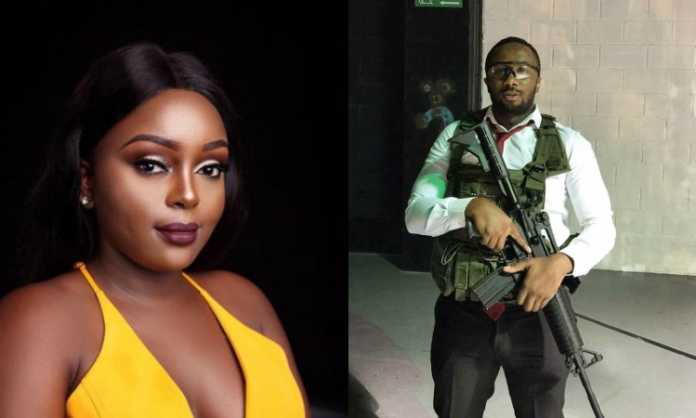 Almost three years gone since she died, the family of the late Monicah Kimani has not yet recovered from the pain and wounds sustained after their only daughter was gruesomely murdered in 2018. Monicah's mother, Miriam Kimani was the most affected by her untimely departure.

Speaking to Nation Africa on life after Monicah's death, Miriam opened up on three things that bring memories of her dear daughter back. When she remembers her, she is thrown into depression and it takes her atleast two weeks to recover. 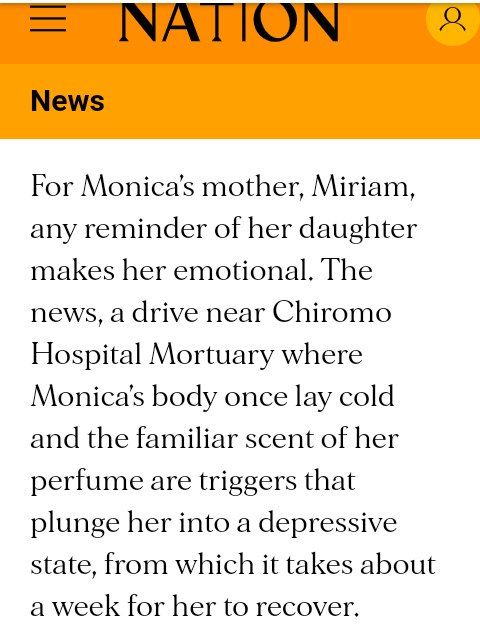 1. The number one thing that brings back Monicah's memories to her mother is the news. Monicah's news has remained in the headlines since she died. Last week, news that the DPP wanted Jowie Irungu ( prime suspect) back in prison emerged. From Miriam's revelation, such news plunges her into depression.

2. A drive by near Chiromo mortuary where Monicah's cold body lay for preservation is another thing Miriam tries to avoid. Whenever she passes by, she vividly remembers the hearse that went to collect Monicah's body.

3. The last thing that affects Miriam is the smell of a perfume that Monicah mostly used. Walking around in supermarkets is not something she does.

These three coupled with the closeness she had with her daughter has made it hard to move on or come to terms with the demise.

Monicah's brother, George who also spoke to Nation Africa also uncovered that his Mother refused to use a Subaru Impreza that Monicah bought her weeks before she was killed.George uses the car now. The family also doesn't celebrate Monicah's anniversary because their mother has not yet recovered from the loss.

George's wife, Beatrice Kavata is sad that her sister in-law never got an opportunity to meet her son. " The saddest thing is that, even if Justice is served, Monicah is not coming back", Kavata said.

The Only East African State Owning this Deadly Missiles

The difference between Toyota Probox and Toyota Succeed