Yesterday, several buildings along the Eastern Bypass were being demolished after they were found to be on land that belongs to road reserves and government machinery was at the scene tearing them down. 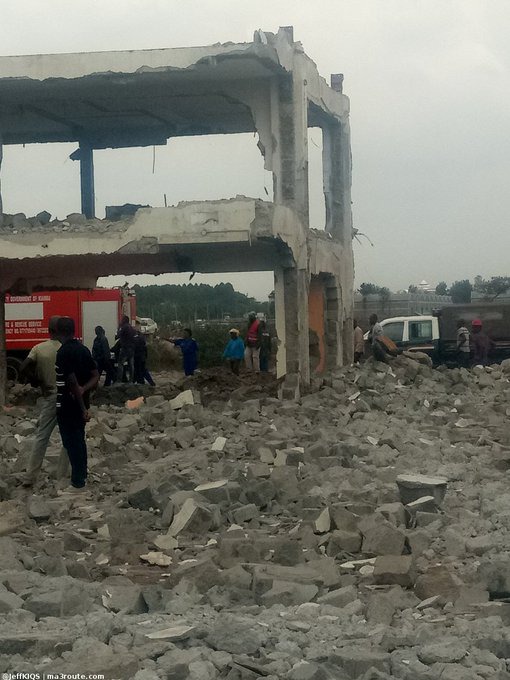 Many structures were brought to the ground under heavy security presence to deter any marauders from the scene of the demolitions that went on throughout yesterday by the excavators that were at the scene.

This morning, according to reliable reports from Eastern Bypass at Ruiru, a building that had been demolished yesterday and just parts of it that stood, has collapsed.

As per the reports the building has come down at Ruiru after the excavator that had demolished it, left parts of it standing.

The reports also indicate that there are several people who are trapped beneath the rubble as they were at the scene when it went down.

The number of those that have been trapped in the collapsed building is unknown at this moment.

Their fate also remains unknown at the scene of the accident as there has been no communication with those that have been trapped.

Rescue operations are ongoing at the moment to see if those that have been trapped can be rescued alive from the rubble.

An eye witness at the scene says that those that the building has buried alive, were scavenging at the site of yesterday's demolitions when the building came down on them.

The rescue operations are being carried out by the firefighters from Nairobi and Kiambu County. 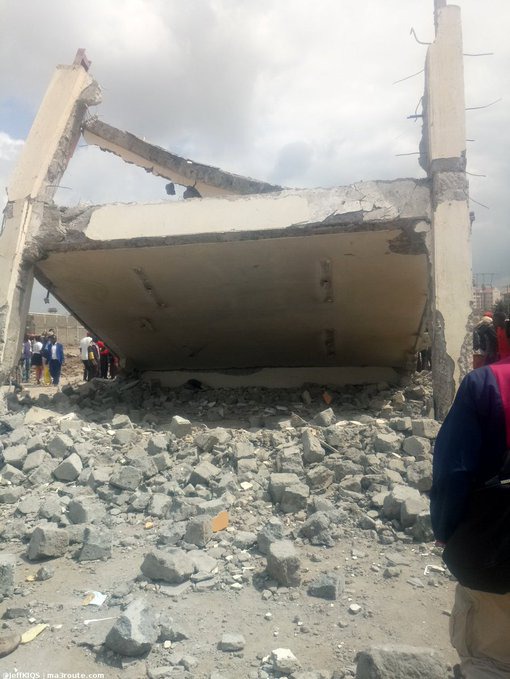 "Chebukati Will Announce This Candidate as President" Top Lawyer Alleges, Pushes for His Removal

As the CEO of the IEBC conveys this message to Raila, he is sent back to the drawing board.

How Wambugu Ngujiri's Attack On IEBC Official Backfired After Angry Kenyans Turned Against Him.

"Wheelbarrow Apeleke Sugoi" Raila Hits Out At Ruto While In Kirinyaga County.