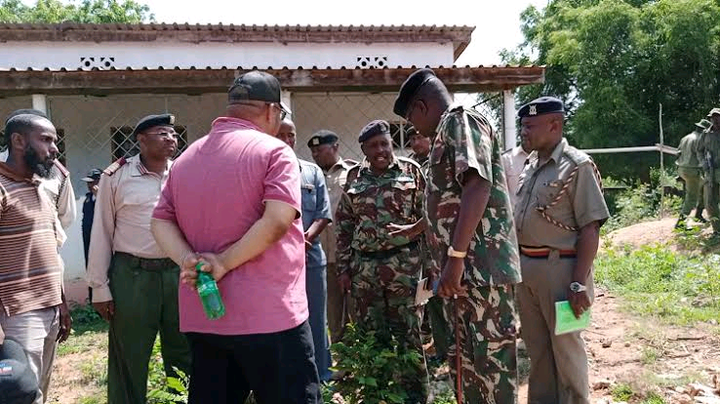 According to police reports filed by chief controller at around 7pm at Kasarani stadium police station, the officer was going home from work when the unexpected happened.

She was later rescued from the knife wielding gang who dissappeared into the nearby rentals and rushed to Radiant hospital for emergency treatment. 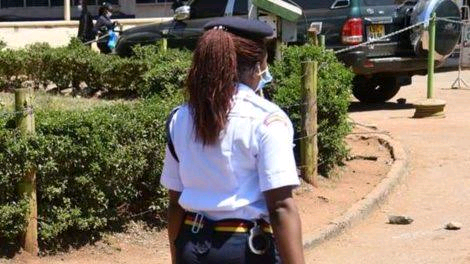 "Madam Janet Chepkorir was heading to her residential house in Ngomongo from work, when the gang accosted and stabbed on her back.

She sustained serious cuts on her back and during the process, the following items were stolen from her; Police uniform and Certificate of approval which was in her handbag.

The police have launched a manhunt for the suspects who are still at large.

The latest development comes only few days when a similar incident took place along Thika road. 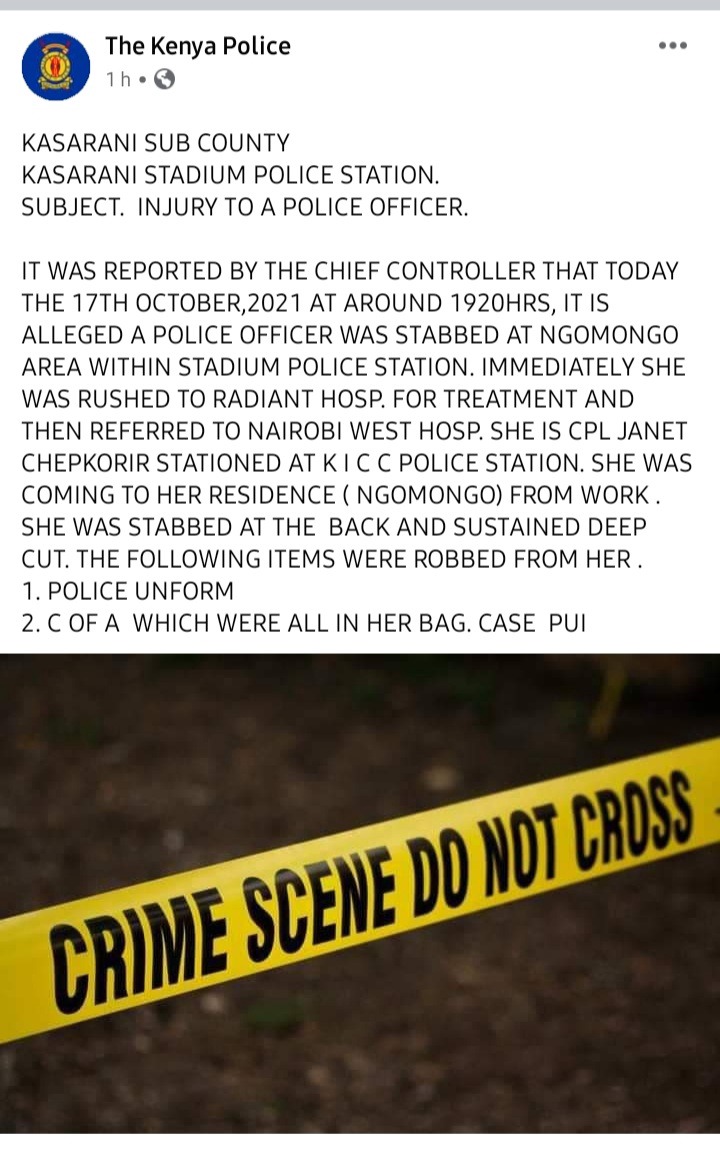