Prof Kindiki out for patrol in Nairobi CBD

By LCMtelevision (self media writer) | 2 months ago 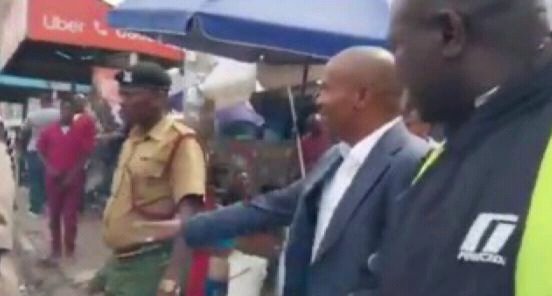 According to the reports given by a reliable source of information, it has been revealed that interior CS Kithure Kindiki has visited Nairobi's CBD to assess security situation.

In a news report that has been shared by Kenyans. Co. Ke, it has been revealed that the interior CS decided to visit the CBD in attempts to find out whether or not crime is reducing.

This is happening at the same time when the government through the National Police Service along with the Inspector General of police has promised to help all Kenyans by dealing with criminals.

According to the reports given by the New inspector General of police, Koome called upon criminals to reform or face the long arm of the government.

While reacting to this incident, Kenyans who took to their different social media accounts to express their opinions on the matter have called upon the government to Deploy more police officers in Eastlands.

According to the reports given by most Kenyans, they claimed that it is so unfortunate that the government is yet to do something about the increasing number Criminals in Eastlands despite the fact that the numbers keep on increasing.