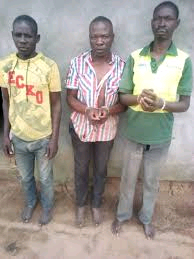 The police statement obtained by the press revealed that the pair accosted and robbed Paul Muathi, a driver with Inter-County Sacco, of his smartphone and Ksh1,000.

"Police toured the scene and a trace for the duo ensued. The officer successfully nabbed a 22-year-old Shayne Orwa who was later identified by this desk and another member of the public," the police report read out.

Orwa thereafter took the officers to his room where they seized a homemade pistol.

Upon further grilling by the cop, the accused took the officers to his co-accused identified as Amos Wanyonyi.

After thorough inspection at Wanyonyi's rented room, police seized a 19-inch Television and three Hashi Gas cylinders, said to have been taken elsewhere.

Also in cell is the second accused's mother, who tried to flee during the crackdown.

The three are being prepared for placement in court tomorrow. 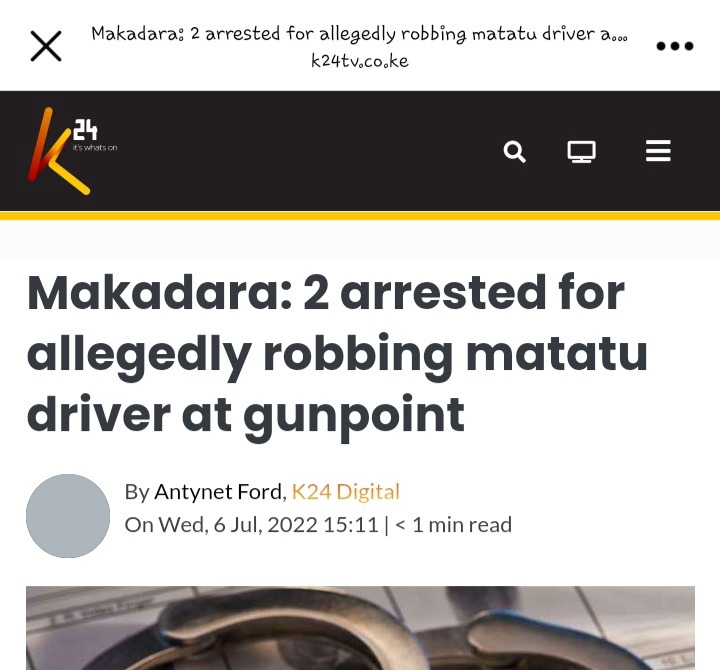