Kenyan police have been on the spot over brutal murders. In the last month, the country has been quite hostile. We welcomed August in a somber mood after the death of the two brothers in Embu. However, days later, more untimely deaths continued to occur leaving families in pain and anguish.

Why the unexplained disappearances? Many Kenyans have vanished and to date, no explanation has been given to family and friends of the missing persons. How comes? Why? Don’t we have well-equipped and trained personnel in the DCI? Life is so precious that losing it in some ways leaves hearts aching.

That aside. Embu brothers were ferociously murdered and officers only interdicted after a public uproar. Their death left an indelible mark of sadness, not only to the family and friends but also to the village at large. 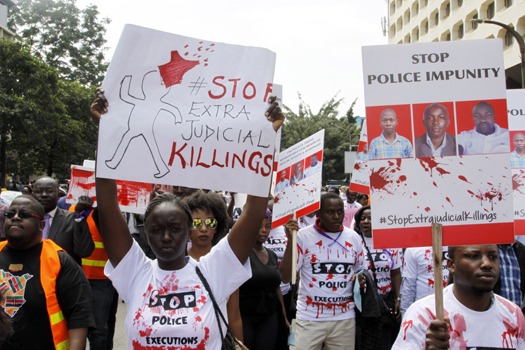 In the demonstration Kianjokoma residents staged following their death, one man was shot dead in the melee and buried a day after the two brothers, who not even death would separate, were inhumed in one grave. The man in his mid-twenties met his abrupt demise when a live bullet shot into his head left him lifeless.

It is very unbearable having such a series of deaths because of inhuman occurrences. It is the death of the two kins that has brought about these two more demises. These families need not only justice but also psychological support. Because of whatever they are going through, they might not be able to fund mental health, but the government and other well-wishers can intervene to help the twinged families.

Three deaths in one family. One more death in the neighborhood. A village of sorrow. In as much as the interdicted officers may be jailed, there is no compensation for lives lost. This life is so precious that whoever cuts it short, I suppose shouldn’t as well live. However, revenge may not be an answer to justice but another turn of sin.

Meanwhile, In Kahawa West, Nairobi, youths protested the demolition of their kiosks carrying the body of a young man who has been shot by police. This is yet another family thrown into the world of grief. How many people should die at the hands of the police? Are they on a killing mission? If they continue being so merciless like they are, then who will recuse residents from rogue robbers and beef up security? 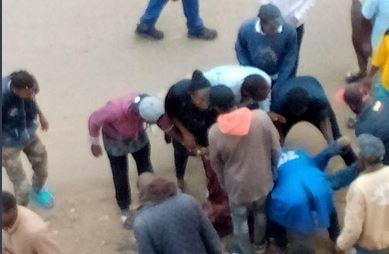 Youths in Kahawa West pick up a young man shot by police during demonstrations earlier today.

It is high time the government conciliated into this matter to help save the lives of innocent Kenyans and protects the police service's reputation. It is already tarnished but still, we have to find a way of making peace. Let arms not be for superiority instead for promoting tranquility.