Directorate of criminal investigation has confirmed that they have nabbed three suspected serial killers. The three who include Jeremiah Ongati Makambo, Silas Kipyegon and Daniel Gatunguta were arrested by Ruiru based detectives in a forensic-led operation initiated yesterday within Wataalam area. The three are specifically linked to murder of the late Ms Lovic Njoki who was killed in cold blood in Wataalamu area on August 23, 2021 by an unknown assailants, who also disappeared with her valuables including a mobile phone.

The investigations were done after alot of cases concerning the deaths of women in Ruiru were reported. The suspects have been confirmed to be among those who helped Magara to commit the heinous acts on women. 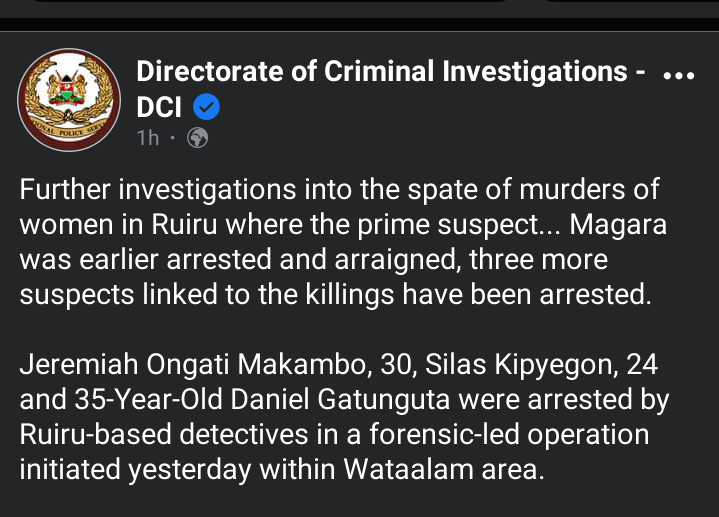 Earlier, Magara had been reported to have killed two ladies who include the late Anne Mumbi and her sister Winfred Kalumi. The two were attacked by Magara who broke into their house and committed the heinous act leaving the two to die.

The DCI has however sent their condolences to the family members of those that were killed as the work hard to bring into the book all the suspected felons.