By CrimeBuster (self media writer) | 28 days ago

According to the reports given by a reliable source of information, it has been revealed that former prison Boss Isaiah Osugo is dead. 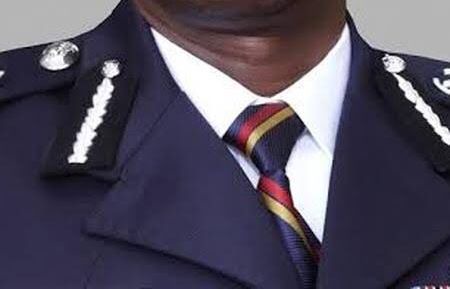 In a news report that has been shared by Citizen tv, it has been revealed that the deceased who has been identified as Isaiah Osugo died at the age of 67.

According to the reports given by the family and friends of the deceased, it has been revealed that the deceased was Battling cancer for a while until his untimely death.

The National Police Service has not yet issued a statement as more details are set to come in.

While reacting to this incident, Kenyans who took to their different social media accounts to express their opinions on the matter have sent their condolences to the family and friends of the late prisons boss.

According to the reports given by most Kenyans, they claimed that it is so unfortunate that the former senior police officer Succumbed to cancer thanking him for his job. 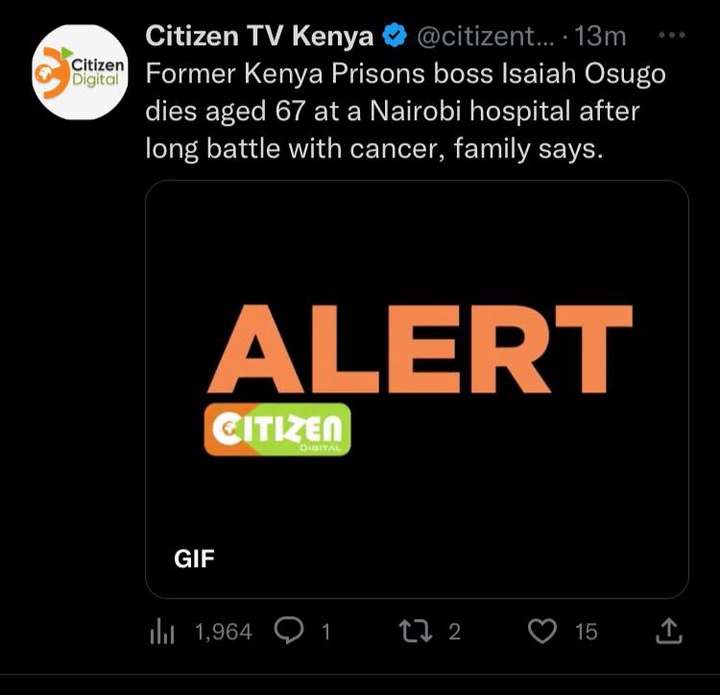