Breakthrough As Suspected Serial Killer In Ruiru Is Arrested

By NicholusKitonyi (self media writer) | 7 months ago 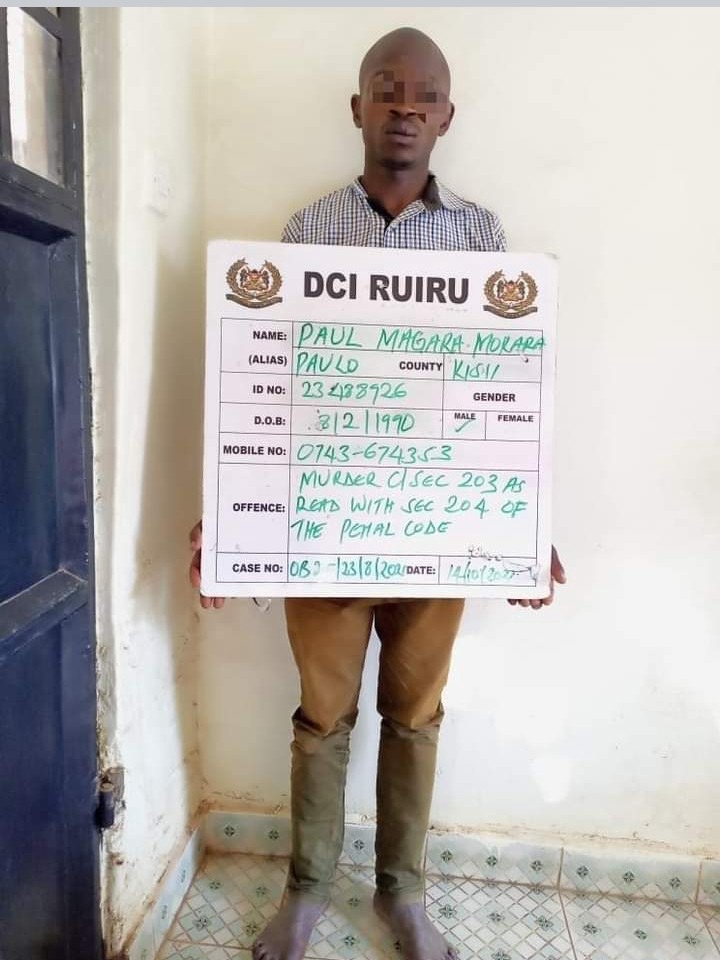 According to DCI, suspect Paul Magara Morara was today morning arrested while on a hiding spree. Magara is a suspected serial killer and a rapist who has murdered 3 young ladies and left 6 other's seriously injured. Before the arrest, Magara had remained in the list of the most wanted persons since 2020.

According to DCI, Magara carried his awful crime's at night and has had been targeting young ladies, killing and seriously injuring some before removing and escaping with their panties.

According to details collected from him by DCI, Mogara joined cultism back in 2013 and had been sacrificing people for a payment by his cultism group. Also, it is said that Morara was using females panty as a prove that he deserved a pay.

Magara's brutal killings started coming to limelight on 2020 when one young lady whom had earlier been spotted with him in Kiunguru area around Ruiru Bypass was reported dead in her room the following day and one of his breast chopped off.

On January 2021, another young lady who worked at a hair company was found murdered at a local lodging in a similar manner after being spotted with Magara.

Being known to have had been hurting young ladies, another incident got reported later after the second incident where one lady was found murdered in her rental house at Magorofani area's in Wataalam.

On September, 2021, very fierce man hurt for him continued after he broke into one house of two sister's aged 18 and 19 year's in Ruiru leaving the two with several stabs.

As if in mission, Magara yesterday attacked another couples house who were deeply asleep and stabbed the woman in the neck before vanishing within seconds.

Magara was today arrested alongside other 4 and all are under police custody as investigations continues. 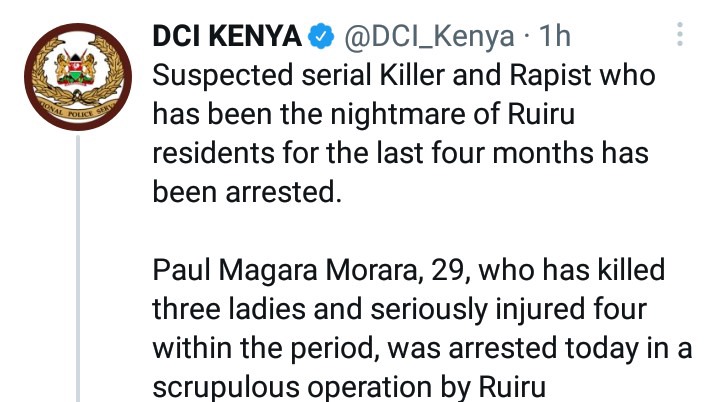